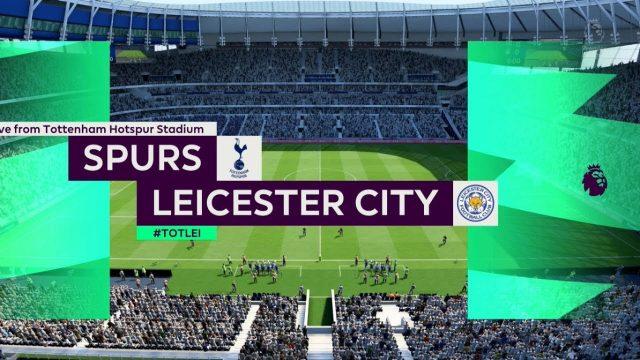 An important win against Sheffield United kept Leicester City in the race for finishing in the top four for the first time since 2016 and now they travel to London to face an in-form Tottenham Hotspur, who are looking to push for an Europa League spot.

After a difficult turn of games, Leicester gave a complete performances to defeat Premier League’s surprise package Sheffield United 2-0. Goals from Ayoze Perez and Demarai Gray ensured that the Foxes clinched all three points in a tough game.

The host themselves are in a great form after beating north London rivals Arsenal and Newcastle United to sit seventh, one point of Wolverhampton Wanderers.

After losing away to Sheffield United, the Lilywhites have managed to put together some decent form winning three games and dropping just two points in the process.

Brendan Rodgers knows that this is a must win game for his team and the players will need to keep up the intensity against a tough Spurs side. A win here will virtually guarantee them a place in next season’s Champions League.

Spurs will be without first-choice right-back Serge Aurier who is out for the remainder of the season for personal reasons. Juan Foyth, Tanguy Ndombele and Dele Alli are all out due to fitness concerns and Eric Dier completes the list of absentees with the England International serving his four-game suspension.

The list of injury concerns for Brendan Rodgers is quite big with starters like Ben Chilwell, James Maddison and Ricardo Pereira all out for the rest of the campaign. Christian Fuchs and Daniel Amartey are missing the fixture as well and Caglar Soyuncu is out after he was given his marching orders in the game against AFC Bournemouth.