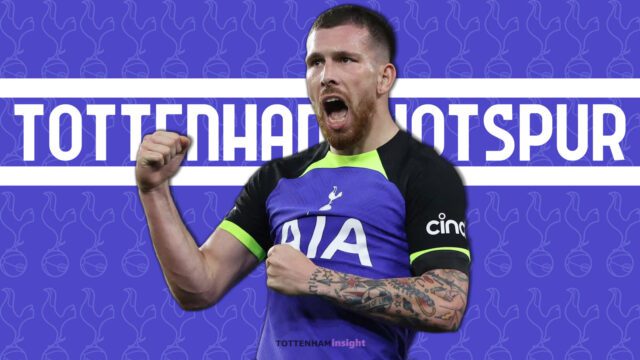 Tottenham Hotspur returned to winning ways on Saturday evening in what was a hard-thought and testing battle in their 1-0 triumph over Brighton & Hove Albion at the Amex Stadium.

After an emotionally driven week including the loss to north London rivals Arsenal, and the sudden passing of fitness coach Gian Pietro Ventrone, Antonio Conte will have been desperate for a response from his men as they looked to continue their good start to the campaign and keep within touching distance of both the Gunners and Manchester City.

The former Juventus and Inter Milan manager got the response he needed after Harry Kane reacted brilliantly to inadvertently head home a Son cross in the first half against Brighton. The match proved an incredibly testing one for Spurs as they were forced to defend deep and compact for much of the game in trying to deal with Brighton’s industrious and intricate attacking football but the Lilywhites stood firm.

Certainly, it was Harry Kane’s potency which grabbed the three points for the north Londoners, but there was one player who encapsulated what it takes to play for Antonio Conte as well as becoming a true enforcer of the brutal fitness regime of the late Pietro Ventrone and that man is 27-year-old midfield powerhouse Pierre-Emile Hojbjerg who is gradually becoming Conte’s most trusted and invaluable lieutenant, if he isn’t already.

Kane, Son and Richarlison may be grabbing all the headlines up-top for Spurs, but the 60-time Danish international is quietly and ruthlessly going about his business behind the scenes, and against the Seagulls on Saturday, Hojbjerg demonstrated why elite clubs such as Real Madrid have scouring for his signature over the past few months.

Pierre Emile-Hojbjerg been very good again, as he has all season. Played a role in the goal with a clever pass back to Son, driving on from the three-man midfield, playing some nice combinations in said midfield and putting in some needed defensive headers

The former Bayern Munich man was anywhere and everywhere as his side pulled out all the stops to nullify Brighton’s attacking threat, and they certainly have him to thank for his tremendous industry, application and hard work, something that’s becoming a regular theme throughout Conte’s stint at the Tottenham Hotspur stadium.

Hojbjerg may not be every fan or player’s cup of tea but he is a footballer many fans across the continent would certainly appreciate and celebrate simply because of the effort and industry he puts in on a consistent basis. Every fan loves a hard worker, but Hojbjerg’s game over the past year or so has swiftly transcended beyond that.

He isn’t just a crucial and influential enforcer defending his own goal but he’s become an elusive outlet in the attacking phases of play, and that’s down to his tremendous conditioning – a huge credit to the late Ventrone’s fitness efforts – and application.

So far in the Premier League, the Danish workhorse has contributed three goal contributions (2 goals, 1 assist) becoming a true effervescent box-to-box presence and a jack-of-all-trades midfielder, influential in both the attacking and defensive sense.

Against Brighton on Saturday, the 27-year-old recorded 94 touches highlighting his influence in possession, completing 69 of his 78 passes, recorded 10 ball recoveries for his team and contributed more interceptions than any player on the pitch with a total of four, as per SofaScore. He also recorded four clearances, one block, and won two duels too.

Football.london reporter Alasdair Gold stated in his post-match column that Hojbjerg was indeed the “driving force in both halves”. In fact, there was one instance during the match where he, unfortunately, gave the ball away in the opponent’s half before immediately going back towards his goal and halting the resulting opponent’s attack. Tottenham fans have become accustomed to Hojbjerg’s dependable performances and it’s why he is indeed one of the first names on Antonio Conte’s teamsheet, especially with many neutrals arguing that new summer signing Yves Bissouma is a better player than the Danish international.

These nay-sayers simply don’t know a good player when they see one, and as stated previously, Hojbjerg is more than just you’re a-typical “hard worker-type midfielder” but he’s proven an extremely capable commodity in progressing the play for Spurs.

As per FBref, over the past year, he ranks high amongst his positional peers for progressive passes per 90, pass completion % and passes attempted per 90. In fact, within the Premier League, he’s arguably one of the most creative central midfielders.

Pierre-Emile Hojbjerg ranks eighth in the English top flight for passes into the final third (52), sixth for progressive passes (49), 1st for through balls (6), eighth for goal-creating actions (5) and an impressive 5th for successful dribble % (88.9%) which comes as a big surprise considering Hojbjerg historically hasn’t been the best for dribbling his way out of trouble, but he’s performing that trait to such devastating aplomb for Conte.

At Spurs, he is the best-performing midfielder in terms of ball progression/creativity and the stats don’t lie. He’s recorded the most final third passes, the most key passes, the most progressive passes, and most passes into the opposition penalty area of any midfielder and for most of these metrics, he’s the best at the club at the time of writing.

Real Madrid simply do not come calling for no reason, the stats show that Pierre-Emile Hojbjerg is one of the Premier League’s best-performing central midfielders but while the likes of Harry Kane is grabbing all the headlines in front of goal for Spurs, it is the Danish international who should be winning all the plaudits right now for Tottenham.

He is without a doubt Antonio Conte’s MVP.