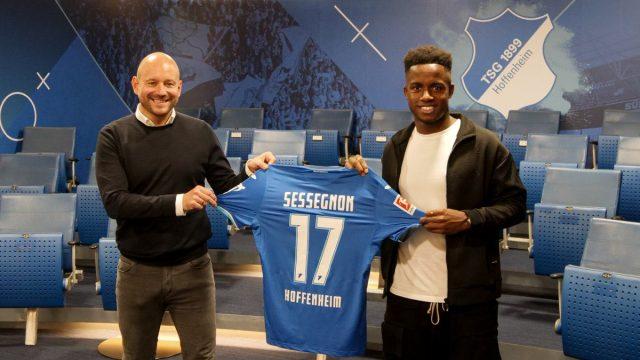 After impressing with Premier League club Fulham, he went onto score two goals and assist six in a side that would eventually face regelation at the end of the season. Tottenham saw the opportunity and Sessegnon signed on the dotted line with them for a fee reported to be in the region of £25m.

A lack of game-time, injuries and confusion on his playing position has forced Daniel Levy’s hand to let the 20-year-old English player to go out on loan for more game time. After making just six league appearances last season, Sessegnon needs to play more regularly and his move to a forward thinking Hoffenheim makes a lot of sense.

Ryan Sessegnon has joined Bundesliga side Hoffenheim on loan for the remainder of the 2020/21 season.

And the arrival of Sergio Reguilon from Real Madrid made it difficult for Jose to award the necessary game-time required for the bright young talent.

Upon his arrival Hoffenheim director of football Alexander Rosen said, “Ryan Sessegnon is a very talented and fast winger with a strong left foot. After the serious injuries we have suffered, we were looking for a high-quality addition to our squad and are very happy to have found one in Ryan.”

Sessegnon said: “I hope that the change will give me match experience in one of the best professional leagues in the world and I’m looking forward to the games in the European competition.”