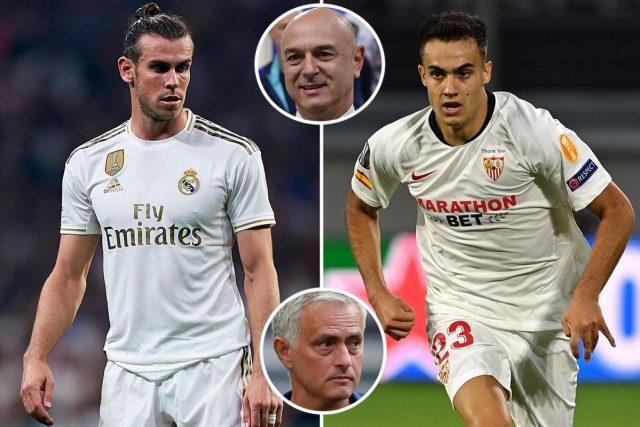 Tottenham are claimed to be much closer in sealing the signing of Spain international and Real Madrid left back Sergio Reguilon.

Despite strong interest and rivalry from Manchester United, Spurs are already in the final stages of the deal, said to be worth around £25million.

It is understood that the deal will include a buy-back clause, allowing Real Madrid to match any future offer for the 23-year-old left back who impressed on loan at Sevilla last term.

Manchester United’s refusal to proceed with the deal for the Spanish player were thought to be the case of unwillingness to accept Real Madrid’s proposal of including the buy-back clause in his contract, which has now left Spurs in pole position for his signature.

Just in: Sergio Reguilon to Tottenham, here we go soon! The agreement has been reached on last few hours with Real Madrid for €30m as final fee. Reguilon agreed personal terms with Spurs and accepted to join also after talks with #MUFC. Only paperworks to be signed. ⚪️🤝 #THFC


While the deal for Reguilon is getting closer to completion, the Spurs have taken another brave step forward by offering their former player Gareth Bale an avenue to escape from hus nightmares with the Los Blancos. Tottenham are said to be working on a reunion with Gareth Bale, alongside the signing of Sergio Reguilon all at once.

Tottenham chairman is believed to be gearing for the sensational return of Gareth Bale on a season long loan deal to White Hart Lane this summer, seven years after selling him for then world-record £85million fee to Real Madrid.

Though the possibility of bringing Bale back to London looks enticing and glamouring but the move seems highly dependent on Real Madrid’s willingness to pay a sizeable proportion of Bale’s reported £600,000-a-week wages.

Manchester United were also thought to be vying to bring the 31-yrs-old attacker to Old Trafford, but the Wales captain affection towards the Spurs is believed to have played a major role in the Spurs’ hope of landing Gareth Bale this summer.

As it stands, in response to the speculation of Bale’s possible move to White Hart Lane this summer, his agent Jonathan Barnett has categorically confirmed the attacker’s desire to re-join Tottenham and he also affirms that talks are already ongoing between both clubs.

Despite his agent’s statement back in February, stating that it would be unlikely to see Gareth Bale return to Tottenham in the nearest future, his agent Jonathan Barnett has now disclosed the new twist in Bale’s transfer saga.

“Gareth still loves Spurs,” Barnett told BBC Sport Wales. “We are talking [Spurs, Real and Bale’s camp]. It’s where he wants to be.”

Considering how Arsenal, Chelsea, Manchester United, Manchester City and Everton are making strong recruitments, Daniel Levy seems to have decided to follow the trend by offering the club’s head coach Jose Mourinho better and quality players to work with this season.

Though a move for both Sergio Reguilon and Gareth Bale looks so ambitious, but for Tottenham to be able to compete with the top six clubs, their signings will no doubt be a huge step towards great achievement this season.