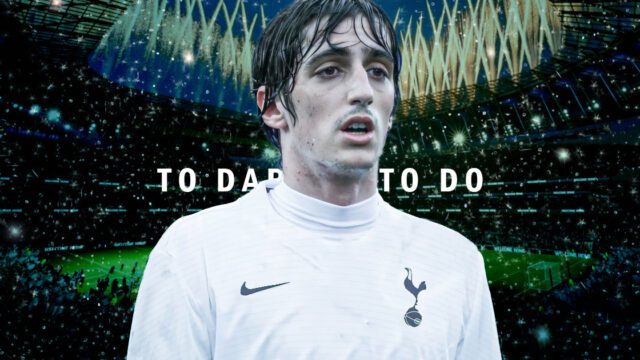 Spurs have completed the signing of Bryan Gil from the La Liga side Sevilla. The North London club has signed him for £21.6 million with Erik Lamela moving the other way around.

The youngster came through the ranks of the youth system in Sevilla and he was highly regarded not only at Sevilla but also in Spain. The 20 year old spent the last season on loan at Eibar. He played in 28 matches and scored 4 goals. He also provided 3 assists.

Spurs have secured their second major signing of the summer after securing Pierluigi Gollini on loan from the Serie A club Atalanta. The North London club is quickly moving ahead with the deals. It will be interesting to see who the club signs next because this certainly would not be the last signing of the summer for Spurs.

We are delighted to announce the signing of Bryan Gil from @SevillaFC! 🇪🇸

Erik Lamela will join the Spanish club as part of the deal.

The deal that saw Bryan Gil arrive at Spurs, also facilitated Erik Lamela’s move to Sevilla. With the departure of the Argentine International, Spurs have offloaded yet another player who was no longer required at the club.

The club on signing Bryan Gil said: “We are delighted to announce the signing of Bryan Gil from Sevilla, with Erik Lamela joining the Spanish club as part of the deal. The exciting young winger, 20, joins us on a contract until 2026.”

“Subject to international clearance, Bryan will join up with the Club at the conclusion of the Olympics in Tokyo where he is representing Spain,” the club added.

While on Erik Lamela’s departure, the club said: “Going the other way to Spain, Erik joined us from AS Roma in August, 2013. Over the next eight seasons, the all-action attacking midfielder made 257 appearances in all competitions, helping us reach three cup finals and finish second and third twice in the Premier League. Now 29, Erik took his tally of caps for Argentina to 25 during his time here. A Club man through and through, we wish Erik all the best for the future.”

MUST READ: Who is Bryan Gil and what will he bring to Tottenham Hotspur