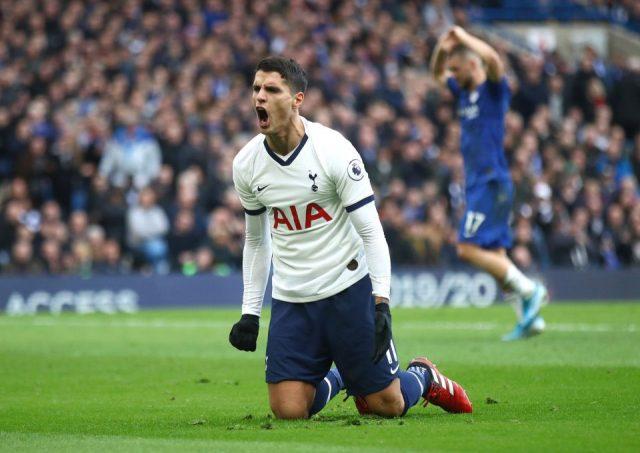 Erik Lamela’s time at Spurs is all set to come to an end this summer after a deal was inching closer between Sevilla and Tottenham Hotspur.

According to Fabrizio Romano, Sevilla and Tottenham Hotspur are close to agreeing on a deal for Erik Lamela + £25 million for Bryan Gil.

Erik Lamela has reportedly agreed to leave Spurs this summer and he has given a green signal to the deal expressing his willingness to join the La Liga side Sevilla. According to Sky Sports, the negotiations are going pretty well with the representatives of Erik Lamela and Sevilla. He is ready to sign a 3-year contract with the Spanish side which will keep him there till the summer of 2024.

Italian club Fiorentina were interested in him according to a report but Erik decided to go to Sevilla since the negotiations were already advanced in nature. Erik joined Tottenham Hotspur in 2013 for nearly £25 million from Roma. He was a part of many additions that took place after Gareth Bale’s massive move to Real Madrid that summer.

Erik Lamela has made over 250 appearances for Spurs in all competitions but he has never made it big for the North London club. The Argentina International was fairly impressive in the first two seasons but after that, he was just another deadwood offering absolutely nothing at the club. He was injured a lot of times and was absent for most of the time for a few seasons. Last season he made over 35 appearances for the club. The player has given his services to the club for nearly 8 years.

Nevertheless, it is a new start for Erik Lamela in La Liga and we wish him all the best and we hope that he performs better in Spain and wins many trophies with Sevilla.

MUST READ: Bryan Gil is set to join Tottenham Hotspur in a swap deal involving Erik Lamela: Who is he?