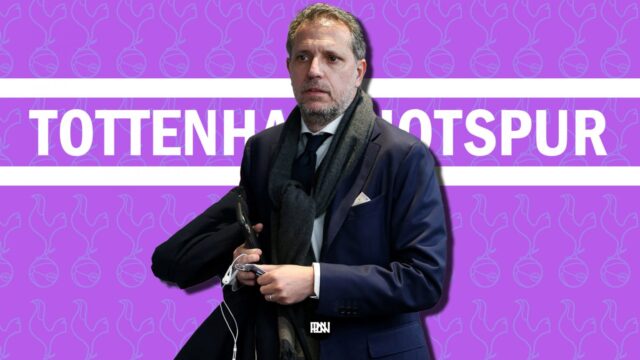 Since Antonio Conte’s appointment, Spurs have looked clear with their intentions. While the Italian has made it clear with his focus, he still needs a well-developed squad if they are to start winning trophies.

It has been 14 years since Spurs last won silverware – lifted a league cup back in 2008. For all the club’s status of being one of the big six in the English league, it is certainly not what the fans expect from their team.

Now, with Conte’s appointment fans and players alike reignited their hopes of winning a trophy – looking at the Italian’s cabinet itself. Meanwhile, winning titles and big silverware is not a piece of cake and Conte knows that!

While you require an experienced squad to pull it off, at the same time the blend of young players is needed to balance it out for the depth of the squad.

Antonio Conte’s earlier admission of needing to improve as a squad have clearly starting to change its route, with the Italian acknowledging the development and growth shown by his players. He was all praise after the victory against Manchester City, almost a month ago, however admissive of the fact that they have still a long way to go.

“The win against Manchester City can give you confidence and trust in what you’re doing, but one win is not enough. We can improve a lot. This group of players is fantastic. Honestly, this is one of the best group of players I’ve worked with in my career. We have a lot of space for improvement”

Spurs have been complacent with the transfers for too long and that has been reflecting in the inefficient results.

Well, this is the statement most of us will be agreeing to, and I guess, rightly so! There have not been enough evidences from Tottenham’s current campaign either to suggest a case otherwise. Signings like Kulusevski and Bentancur have not been able to run the show, yet. I know it is quite early to call their lack of match-winning performances. But watching Luis Diaz fair well in the same league and catching the eye of many in his debut season on English soil, is just another evidence of how haphazardly Spurs’ board are looking to sign new players.

It is a case of – if you are a player making the headline in the newspapers, then get ready to get a call from Tottenham Hotspur. The best example remains the Dutch player, Steven Bergwijn.

I mean in the contemporary footballing world you cannot expect a big player to fair well in your system, just because of their name and fame. It is more like you have to skim out players who fit your system, well enough. Learn from the teams around you like Liverpool, and Aston Villa who do not spend in every single transfer window, but when they do they make sure it is worth it!

However, the lilywhites need to be efficient in the upcoming market. Now more than ever, there will be players moving away from the White Hart Lane and hence increasing the void in the squad. Although, Conte knows that he needs to sign players to compensate for such losses in the squad. But that is where the need for scouting comes in, and the Italian Gaffer needs all the support he can get from his countryman Fabio Paratici, to make sure that the signings are worthwhile and sustained in the longer run.

PLAYERS WHO ARE LIKELY TO LEAVE IN THE SUMMER

While the list is not too long, there are a lot of outgoing players, still, that the club could be dealing with this summer. Tanguy Ndombele and the Argentinian Giovani Lo Celso top the list of ‘players who could be looking for pastures anew’. Both of whom are spending loan spells in France and Spain, respectively.

It is hard to ignore the fact that, despite a void in the midfield left wide open, Conte did not hesitate to send these players out on loan. Making it clear if not convincing, that he does not include either of them in his future developmental plans for the club.

Meanwhile, young players like Pape Sarr and Bryan Gil who are serving loan spells at Ligue 1 and La Liga respectively, could again be on their way to serving yet another loan spell elsewhere in the summer. While it does depend on Conte and what he has planned for the youngsters, we cannot ‘not’ expect these players to be serving another loan spell away from London.

However, cometh the season’s end will there be new signings coming to the White Hart Lane?

It is a question that has been going on in everyone’s mind who is close to the club and to be fair though it is not even a case of it anymore. Despite Conte’s admission of the Spurs’ squad being “one of the best” it is hard to imagine a bland Summer transfer window. But, again at the same time not denying the fact that it could still be a dry transfer period for once, in the club’s recent past.

“What happened in January is not easy. Four players left in January. Four important players for Tottenham, two have arrived. So even numerically instead of reinforcing yourself you may have, on paper, weakened.” as recorded in an interview with Sky Italia. Alongside some of the young players in the squad, like Bryan Gil (on loan to Valencia) Conte could very well be looking to strengthen his squad with the signing of someone like Dybala (available for free).

“Tottenham is looking for young players, players to be developed, not ready players- like Benatancur, Kulusevski. That is the issue. The vision, the philosophy of the club is this. It is inevitable that if you want to grow faster and if you want to be competitive more quickly you need players with a lot of experience because they also lead to an increase in experience in your team. But then again, the vision of the club I realised is this and will continue to be this. For this reason it will take a lot of patience.”