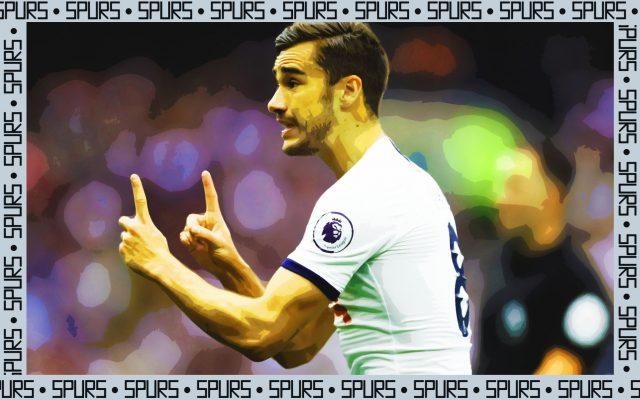 Tottenham midfielder Harry Winks is being target by Manchester City in this summer’s transfer window, according to reports.

Man City are still very active in the transfer market as they prepare to reclaim the Premier League title next season having seen Liverpool won it ahead of them in the just ended campaign.

The Citizens have already snapped up Ferran Torres and Nathan Ake from Valencia and Bournemouth respectively for a combined fee of about £61 million, and are still in the market for reinforcements.

Winks is the latest player to be linked with a move to the Etihad Stadium, with Pep Guardiola’s side reported to be readying a £40 million offer for Winks, per reports from The Sun. The publication also adds that the offer, which has been approved by Guardiola is unlikely to be turned down by the North London outfit.

The 24-year-old is likely to see his place in Jose Mourinho’s team under serious threat following the arrival of Pierre-Emile Hojbjerg from Southampton earlier in the week.

And City are hoping to take advantage of the player’s uncertainties by tempting him to move to Manchester this summer.

The England international signed a new five-year contract at the Tottenham Hotspur Stadium last year but he is likely to make a move away from the club should he not be given assurances over his place in the team.

Winks has spent his entire time with the North London club, where he successfully came through the youth ranks before making his first team debut in November 2014 in the group stage of the UEFA Europa League against FK Partizan.

In total, Winks has made 96 starts for the Premier League side, with another 47 outings coming as a substitute since making his maiden appearance for the club. The midfielder has also been capped six times by England, scoring once in that time.