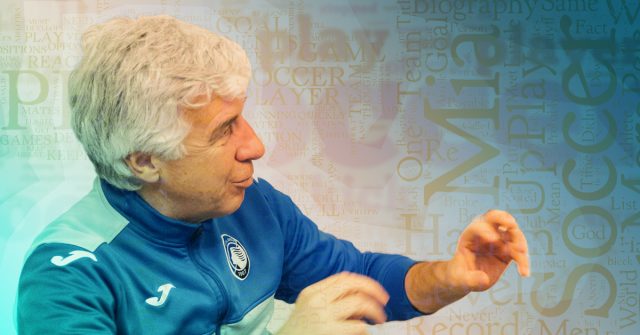 Various managers have been subject to links with the vacant managerial job at Tottenham Hotspur stadium, and Atalanta boss Gian Piero Gasperini is the latest to be linked with a switch to North London – according to transfer guru Duncan Castles, who spoke about the links on the Transfer Window Podcast.

Gian Piero Gasperini is very different from all the managers linked with a move to fill in for José Mourinho, the 63-year-old is the blend of charismatic football and experience – with Spurs desperately in need of both.

The Italian has been at Atalanta since 2016 and is on his way to claim Champions League qualification in the ongoing campaign. With Antonio Conte kissing the Scudetto with Inter Milan ending Juventus domination, there is a lot to play for, for a place in next season’s elite European competition.

The 63-year-old has been on the touchlines for 234 games for the Serie A outfit, leading them to 124 wins, 59 draws, and 51 losses. Gasperini’s win percentage of 52.99 makes him a decent replacement for José Mourinho.

Atalanta’s boss has won the Serie A Coach of the Year accolade for the past couple of seasons, which shows the quality he brings to Hotspur Way.

Duncan Castles claim that Tottenham have already made initial contact with Gasperini over the club’s managerial vacancy at N17. Further Castles asserts that the reply from the Italian was relatively positive which could augur well for Spurs after multiple setbacks post José Mourinho’s departure. Julian Nagelsmann has penned his loyalties with Bayern Munich, Erik ten Hag extended his stay at Ajax and Jesse Marsch will fill in for Julian Nagelsmann in Germany.

Gian Piero Gasperini has done great things during his time in Bergamo, having worked wonders with the youngsters at his disposal. And if he blends in well, Spurs could thrive under him.

Some of the names linked with a move to North London have been underwhelming, but Gasperini is one of the tops, if no the top, names linked.