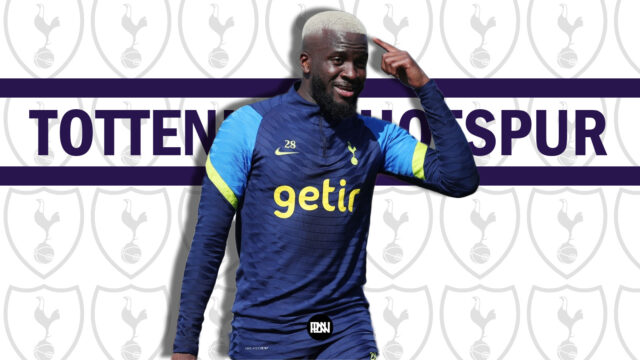 There were sky-high expectations in England when Spurs announced the signing of Tanguy Ndombélé from Olympique Lyon, but after a rollercoaster of an experience with the majority of slopes – he was loaned out to his former club Lyon and now he has opened up about his time at Tottenham Hotspur Stadium.

The Frenchman had a falling out with Antonio Conte, who pushed Tanguy down the pecking order which followed up with his late exit in the winter window. There were reports that he was heading to Paris Saint-Germain, with Mauricio Pochettino eager to reunite with him though he eventually joined Lyon. Option to buy for €65m is also reported, which seems steep for Lyon – meaning there are chances he could return to North London once the season concludes.

Although a return to Spurs would be something he’d be looking to avoid, as in the interview to be aired on Sunday, Ndombélé mentioned he ‘lost the taste for football’. This clearly indicates Ndombélé was not happy with how things were going in London.

Julien Maynard, the man who was on the other side of the interview table, teased his talk with Tanguy about ‘his return to Lyon, his situation at Tottenham, the talks with Paris Saint-Germain, his ambitions with OK and the France national team’.

A teaser by Téléfoot followed, where the Frenchman insists he has to ‘show certain things’ because he ‘didn’t play at Tottenham’, before going on that a successful loan would involve ‘good performances, ending up in the top 3 (in Ligue 1) and why not win the cup in Europe’.