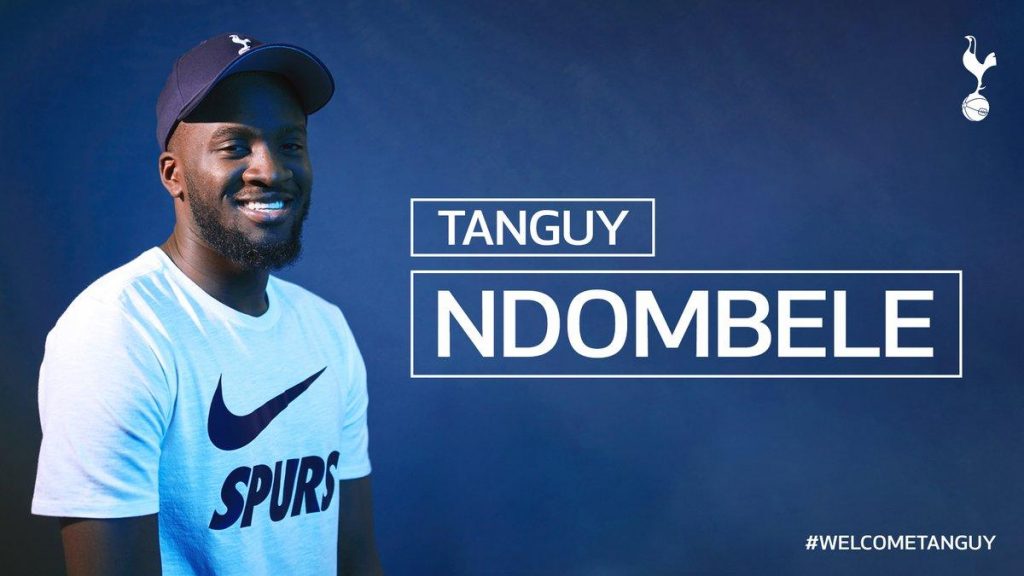 Just hours after securing their first-signing in a long..long time in Leeds United winger Jack Clarke, Mauricio Pochettino and his Tottenham have made a statement as they complete signing of highly-rated French midfielder Tanguy Ndombele.

Totenham signing Ndombele has been speculated for a long time and the whites from North-London have smashed their transfer record as they paid Olympique Lyonnais a sum of €60M to which can be added incentives for a maximum amount of €10M for his services (it breaks the transfer amount of £42m paid to Ajax for Davinson Sánchez in 2017).

The 22-year-old has penned down a five-year deal with an option to extend it by a further twelve months.

Ndombele underwent a medical at North London hospital on Tuesday before finally completing the formalities of his move to Spurs at their training ground.

Meanwhile, Lyon have earned a staggering profit out of the Frenchman who they signed for a fee of €8 million from Amiens SC just a year back.

The following was published on Tottenham’s official website as they announced capture of Tanguy Ndombele:

We are delighted to announce the signing of Tanguy Ndombele from Olympique Lyonnais.

The France international central midfielder has signed a contract with the Club until 2025.

Ndombele, 22, started his professional career at French side Amiens in Ligue 2, before moving to Olympique Lyonnais on loan in August, 2017, and permanently in the summer of 2018.

He made 96 appearances in total for the Ligue 1 side and registered 16 assists.

Having represented France at Under-21 level 10 times, Ndombele made his senior international debut in October, 2018, and has played for his country on six occasions.