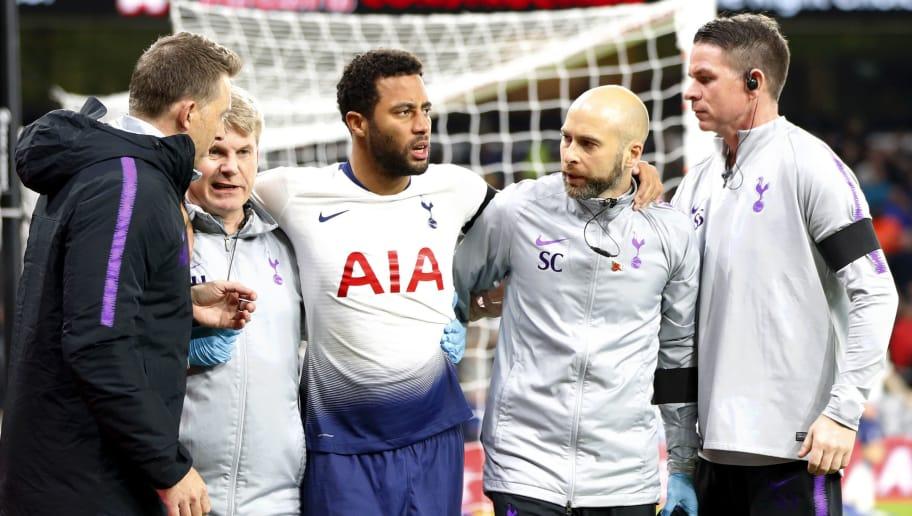 Tottenham Hotspur has provided the fitness status of midfielder Mousa Dembele ahead of their crunch Champions League tie against PSV Eindhoven on Tuesday night.

The Belgian midfielder is still continuing to be assessed and may remain unavailable for the Champions League fixture. Dembele suffered a serious ankle injury early in the game at Molineux in the Premier League match against Wolves.

Vertonghen is being sidelined until December and Rose is expected to return at the end of the month. Eric Dier may return before the next international break this month. Goalkeeper Hugo Lloris serves suspension. The Spurs captain was sent off last time in the reverse fixture for the 78th-minute foul on Hirving Lozano.

It was an unfortunate 250th appearance under Tottenham’s badge for Mousa Dembele against Wolverhampton Wanderers, as gaffer Mauricio Pochettino provided his injury status:

“The most important is that he didn’t suffer an injury to his bone. Now we need to see about his ligaments and what the scan says.”

Mauricio Pochettino said ahead of Champions League clash against PSV, confirming absence of the Belgian International.