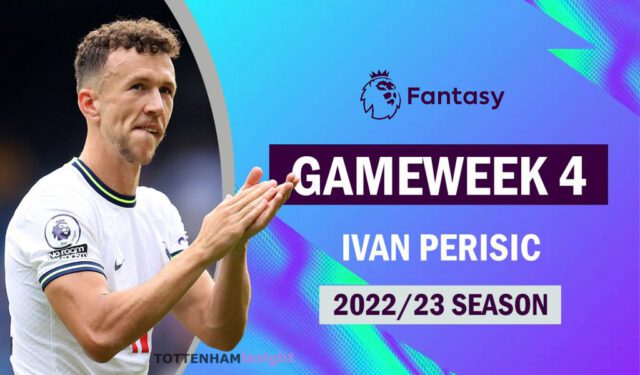 Ivan Perisic’s arrival at Tottenham Hotspur this summer certainly sparked interest among the Fantasy Premier League managers. The Croatian came with a pedigree and is undoubtedly an added boost to Antonio Conte’s side. Priced at 5.5 million in FPL, he was a popular pick among the managers, as his numbers were extraordinary from a wing-back position.

Moreover, Conte’s wingbacks have always been a quality fantasy asset. Take Marcos Alonso, for example; the Chelsea man hit peak numbers in the wing-back role and was a fantasy manager’s delight. However, the Spurs manager has benched Perisic in the first two games with young Ryan Sessegnon impressing.

That led to a drop in price for him, as many believed that Sessegnon will establish himself as a first choice left back. Nevertheless, the experienced campaigner started against Wolves and his performance has raised the bar again. He even nicked an assist and awarded the trust of the managers with 12 huge points. So, here are reasons Ivan Perisic should be on top of your transfers this week.

As written above, Antonio Conte’s wing-backs take up positions high up on the pitch – and it was not different against Wolves. Spurs lined up in a 5-4-1 and targeted Wolves’ right-hand side. During the first half, Perisic regularly made runs in behind the defence, but Spurs struggled to break down Bruno Lage’s side.

The Croatian is not particularly known for his pace. However, his crosses and first-time delivery cause havoc to the opponent’s back line. Following a lackluster first half, Conte tweaked the system. Ben Davies – playing on the left of a back 3 made overlapping runs to create overloads. 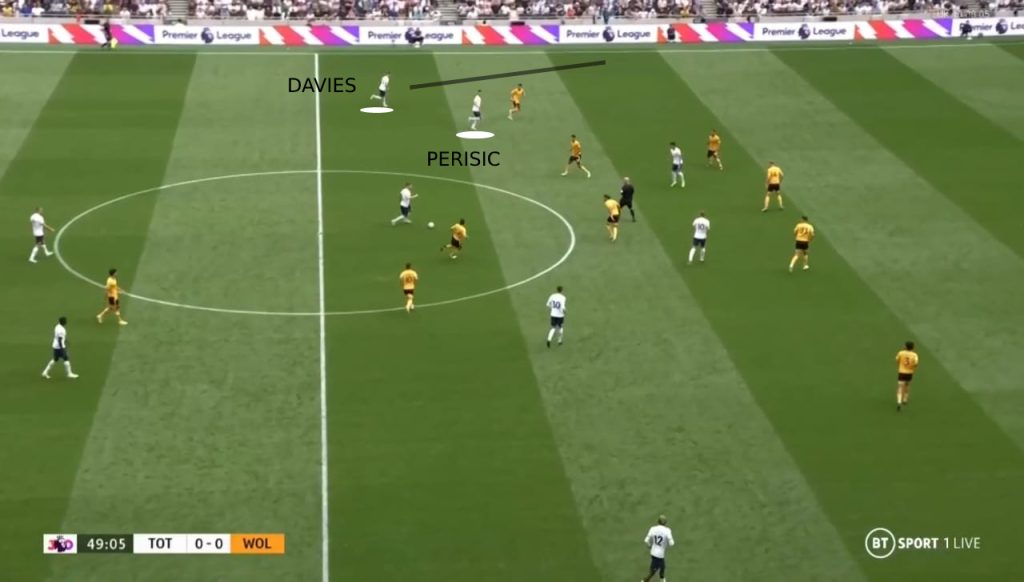 This allowed Heung-min Son to drift inside and grab the attention of the fullback. As a result, Perisic was unmarked and had the time and space to make runs to the left channel. He also made late darts into the 6-yard area from the edge of the box. 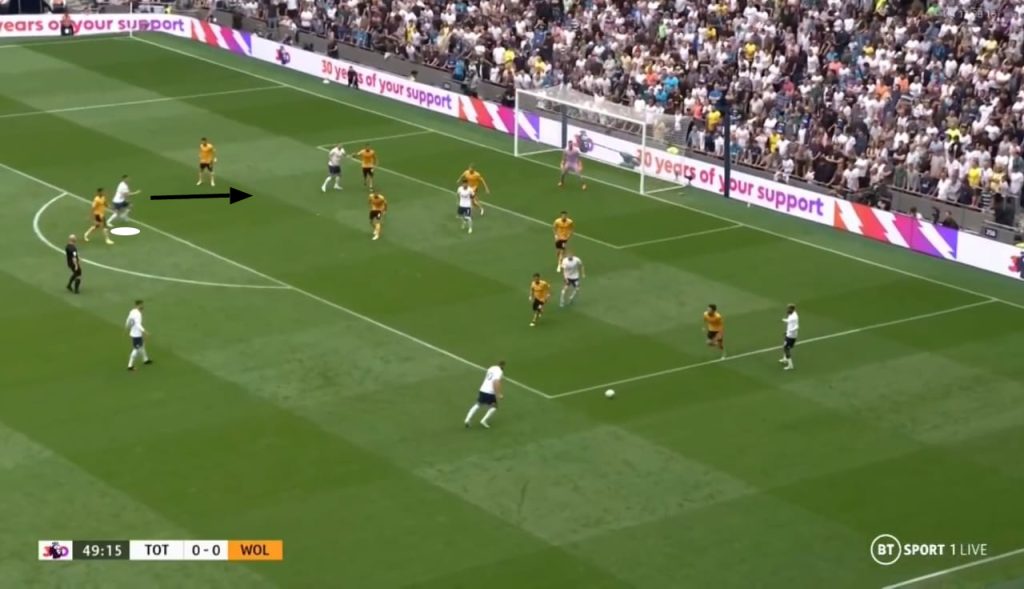 Here is another instance where the former Inter Milan man was provided all the space as a result of overload. Spurs looked to buildup from the right with Kulusevski heavily involved and switch it to the left where Perisic is ready to pounce on the space created. 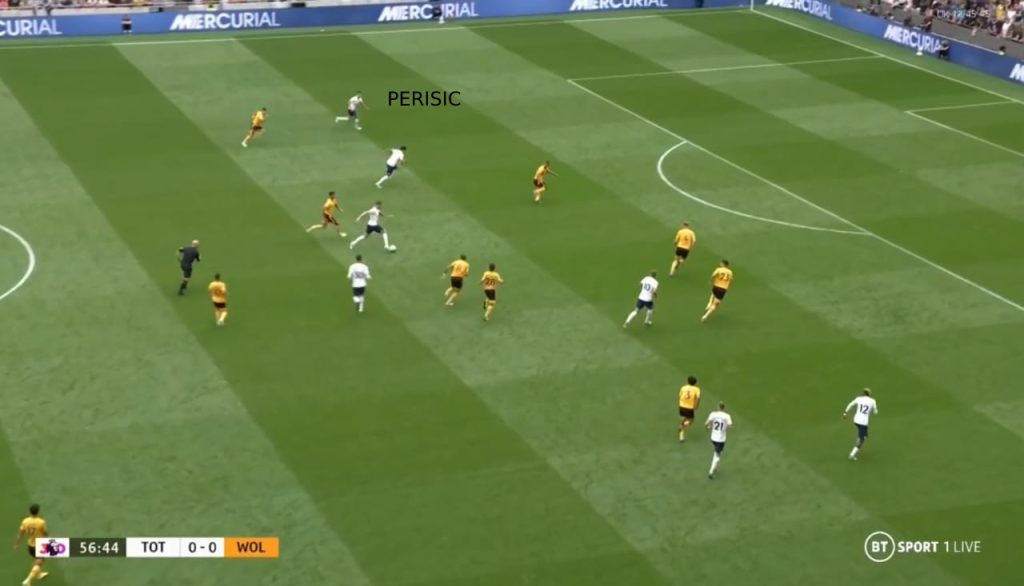 The average positions of the Spurs players (as per whoscored) also show this. Perisic (number 14) is as high up on the pitch as Son, Kane, and Kulusevski. 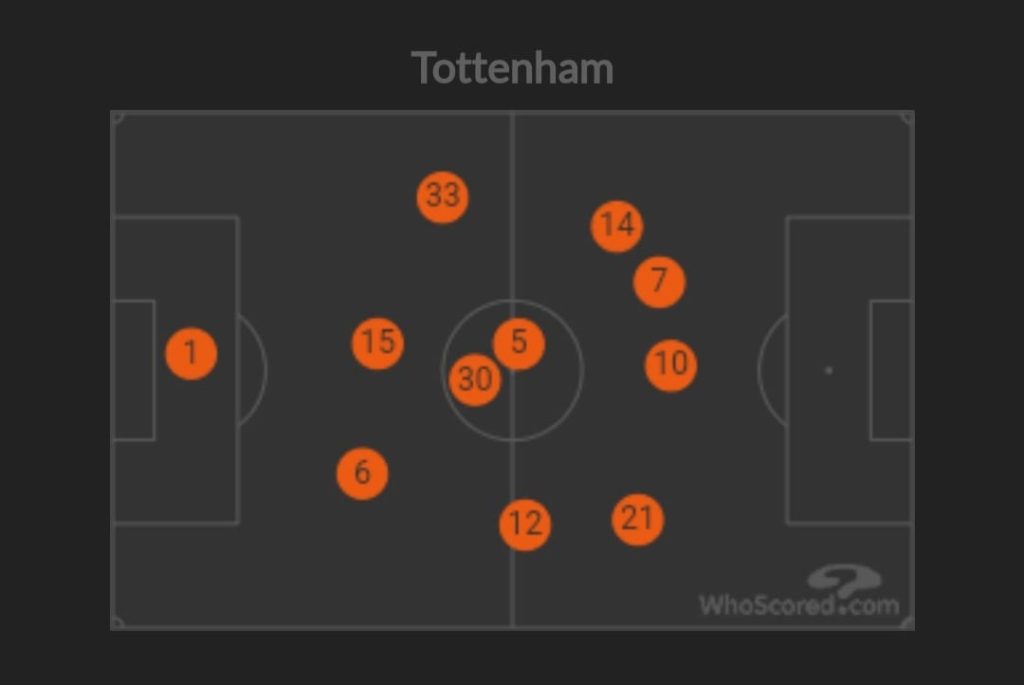 Not only does Perisic excel at getting into good positions, but his deliveries from set pieces are also outstanding. He assisted Harry Kane’s equalizer against Chelsea from the corner and takes Spurs’ corners from the right-hand side. His inswingers are hard to deal with as seen against their London rivals and Wolves.

Moreover, Spurs have also hired a set-piece coach which further boosts his assist potential. Gianni Vio has been rightly credited with the threat they possess from dead ball situations. “I just told [Vio] three times that we have to give him more money. He has to get a pay rise for sure! Shoutout to him,” Kulusevski said after the game against Wolves.

He also secured an assist with a cheeky flick from the near post last game week. So, the Croatian could also serve as a threat in the box from set pieces. Additionally, his numbers playing in Simone Inzaghi’s 3-5-2 system last season was encouraging for a wing-back. 8 goals and 6 assists is unquestionably an admirable return. Antonio Conte also lauds Perisic’s experience in the role and after his performance against Wolves, he is staking his claim as a key player in this well-oiled Spurs machine.

Categorized as a defender at just 5.4 million is a bargain for Perisic and the positions he is getting into. Conte’s men are drilled supremely in terms of defence and both the boxes. The next three fixtures are favorable as well (Nottingham Forest, West Ham, and Fulham). Owned by just 19.6% of managers so far, Ivan Perisic could slot into your team for the long term.