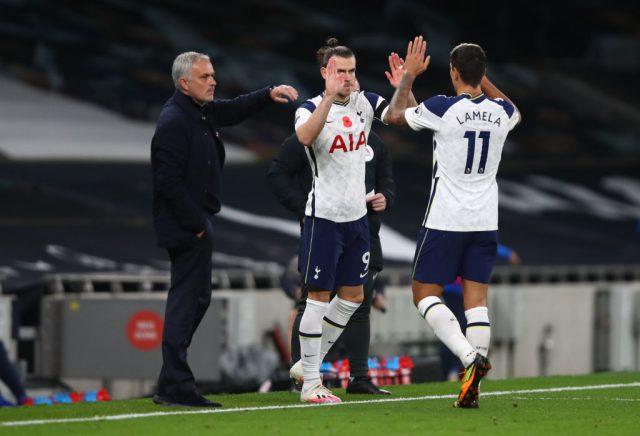 Tottenham Hotspur midfielder Erik Lamela has got fans of the club worried with regards to his latest update on social media.

The midfielder revealed on Instagram revealed that he had picked up an injury during his latest outing for the club while adding that he looks forward to being on the pitch soon.

Going into the 2020/21 campaign, many fans were expecting the Argentina international to struggle for game time due to his average performances in the last few seasons.

However, the player has been one of Spurs key players early into the season and Jose Mourinho has counted on him on several occasions.

The Argentine has moved ahead of Dele Alli and Steven Bergwijn in the pecking order for a place in the starting lineup and has been instrumental for Mourinho’s team.

Following their 3-1 win over Ludogorets Razgrad on Wednesday, the Portuguese manager admitted the 28-year-old was nursing an injury and that the club had come up with the decision to hand him a rest prior to the international break next week.

Lamela took to his Instagram platform to post a photo of himself in the club’s gym, adding the caption: “I have a problem on my foot and I have to be out of the field for a short time to fix it. I’m already working to get back in the best shape I can.”