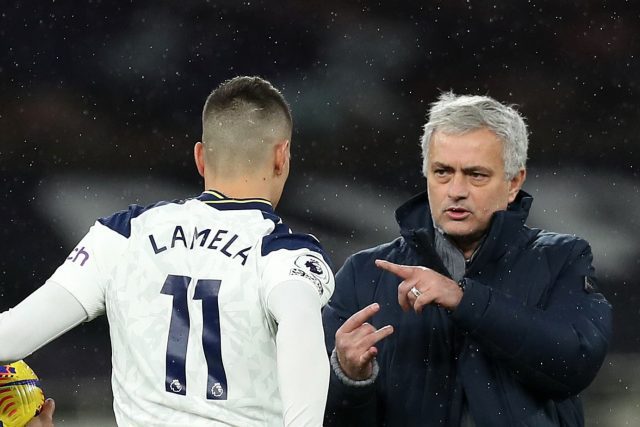 Erik Lamela has been linked with a return to Italy this summer, with various reports suggesting he and his wife had already decided upon their return at the end of the ongoing campaign.

With Jose Mourinho being appointed by AS Roma, many Spurs faithful are convinced that Erik Lamela will join the Portuguese in Rome when the 58-year-old takes charge. Lamela, of course, already knows the club and the city – having played for them before moving to North London, and having Mourinho alongside him is an additional incentive in his favour.

The Argentinian attacking midfielder has one more year on his contract at the North London club, and it wouldn’t be surprising if the club doesn’t offer him a new contract. Although he has been a consistent performer, his age (29) might serve as a hurdle in Lamela securing an extension of his stay at Tottenham, a club he is happy at, as reported by Romano.

Lamela has had a stop-start career at Spurs, securing 84 goal contributions (37 goals and 47 assists) in his 251 appearances for the club. In his 7 seasons, he has missed 133 games owing to injury. As Lamela grows even older, the likeliness of injuries arising is even higher than it was before.

During his time at Hotspur Way, Jose Mourinho admitted that the 29-year-old is someone he loves, “I just want to confirm, a good Lamela I love. You are right. He is the kind of player that I like very much,” Mourinho said.

“The first thing I like about him is he wants to play. He wants to assume responsibility. He never hides. He wants the ball. He’s a little bit sometimes chaotic, but it’s a positive reason to be chaotic because it’s, ‘I want to play, I want the ball, if the ball is not arriving to me I have to arrive to the ball’.”

It does seem a perfect match with Lamela wanted to return to the country and wanted with a coach who already is a big fan. And many are convinced…

Erik Lamela going back to Roma too… 🤔

Lamela to Roma all but confirmed now surely

JOSE TAKING LAMELA WITH HIM TO ROMA pic.twitter.com/7ysRWq6LiN

A Lamela return to Roma just feels right doesn’t it

And Lamela definitely going to Roma

Surely Lamela has to leave now that Jose is at Roma too??? 👍