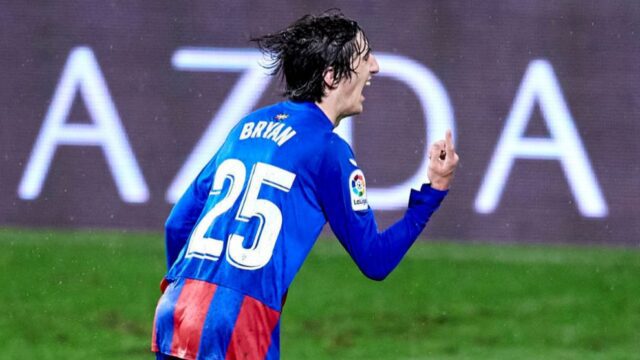 According to the reliable Football journalist Fabrizio Romano, Tottenham Hotspur and Sevilla have almost reached an agreement for Bryan Gil. Both clubs have agreed to a swap deal with cash that will include Erik Lamela + £25 million for Bryan Gil.

EXCL. Tottenham and Sevilla are finalizing a new swap deal: Erik Lamela to Sevilla, Bryan Gil to Spurs. Agreement set to be reached on permanent deal and here we go soon! ⚪️ #THFC

Bryan Gil plays as a winger as well as an attacking midfielder. The 20-year-old came through ranks in Sevilla and played for the Sevilla II team in División B. In last summer he was loaned out to La Liga side SD Eibar. There he played 28 matches for them in La Liga last season. He scored 4 goals and provided 3 assists. But the team finished in the last position in the table and has been relegated to the second division.

Spurs were interested in bringing some attacking option while they are also trying to offload many players as part of their clean-up campaign which is to remove the deadwood players who offer nothing or not much to the club. Tottenham have already prepared a list of seven players and they are working on moving those players very soon. Erik Lamela is one of the players who the Spurs are desperate to offload.

According to Fabrizio Romano, the deal could be completed in the coming days. With the conclusion of this deal, Spurs can now focus more on offloading more of their out of favour players. This would generate additional funds which Spurs can then spend in other areas to strengthen the out-of-form squad.