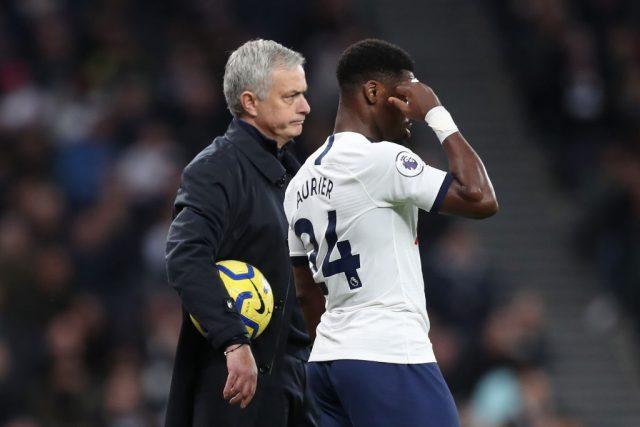 AC Milan are reportedly hoping to convince Serge Aurier over moving to Italy in the summer transfer window.

The right-back was linked with a move away from the Tottenham Hotspur Stadium last season but any move failed to materialize and the Serie A side are willing to trying their luck one again this summer.

Milan sporting director Paolo Maldini confirmed over the weekend that there has been contact between the club and the player’s agent.

“We spoke to his agent last year, to be honest, now we’ll see how the next few weeks go,” Maldini told Sky Sports Italia with a smile.

The comments were made after Milan’s 3-0 win over Cagliari on Saturday as their Serie A season came to an end.

Aurier has perhaps been one of the positives to identify since Jose Mourinho took over after the sacking of Mauricio Pochettino.

However, his displays have still led to variable opinions from several supporters who feel the Ivory Coast international should be moved on in the summer.

Milan, on the other hand, ended their season very brightly as a series of good performances after the leagues’ resumption gave them the opportunity to rise to sixth and are already making plans ahead of next season.

The Rossoneri’s are not the only club looking to sign the 2015 Africa Cup of Nations winner, with Ligue 1 side AS Monaco also said to be interested in his signature.