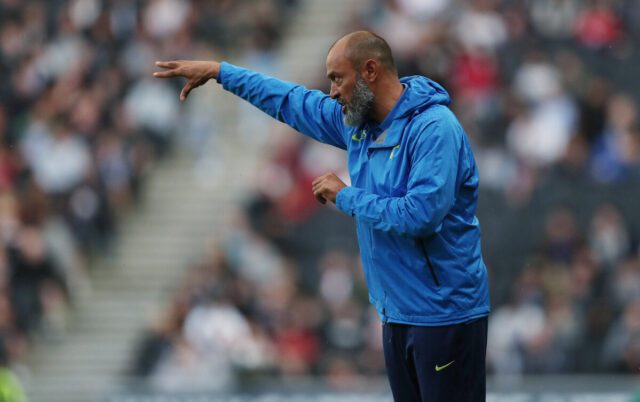 According to a report from The Athletic, Spurs have informed Davinson Sanchez, Serge Aurier, and Moussa Sissoko to find a new club this summer. In a meeting, the following players were individually told that the club wanted to offload them in the summer.

All the 3 players were also on the seven-man list that was prepared by Tottenham Hotspur a few weeks ago. The North London club is actively looking to generate funds through sales. Like many other clubs, even Spurs are in financial constraints due to the pandemic and match ticket loss.

Under the new boss Nuno Espirito Santo, the club wants to start fresh after a few disastrous seasons in the past. Tottenham marginally finished seventh in the Premier League table last season and they will look to improve.

But for the next season Spurs need new additions. The North London club wants to bring new faces but they have to first sell before making new signings. Toby Alderweireld had already left the club for Qatari side Al Duhail last week and the management expects more players to follow the suit. Precisely those who are out of favour.

Davinson Sanchez has been the most disappointing of all. He joined Spurs with a hefty price tag and a lot of reputation. But nonetheless, he never justified the price tag. Sevilla are interested in Davinson Sanchez and they could move for him in the coming days.

There were reports indicating that Serge Aurier was close to joining Ligue 1 giant’s Paris St-Germain but the deal fell through. Now Serie A club AC Milan are reportedly interested in the Tottenham Hotspur player. No offer has been placed so far but there could be some movement on this front before the transfer window shuts down right after a month.

Moussa Sissoko who earns £80,000 a week is attracting interest from the Middle East. It is possible that he could move in the direction of Toby Alderweireld by joining a Middle Eastern club.