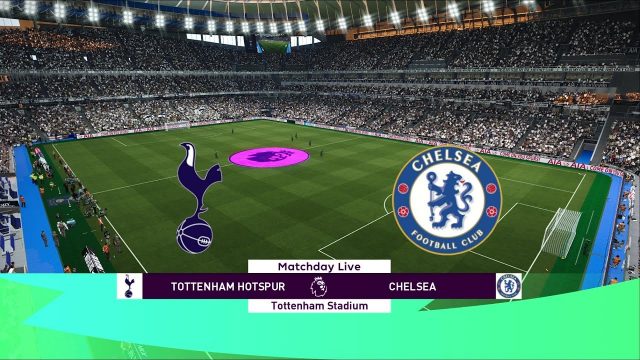 Up until the start of December, Jose Mourinho’s Tottenham Hotspur were looking serious contenders for the title, but ever since then, it has all gone downhill for them as they have picked up a measly 8 points out of a possible 27. To add to their concerns, Harry Kane picked up an injury during their 1-3 loss against Liverpool forcing Mourinho to play Gareth Bale as a striker against Brighton over the past weekend.

To put things into perspective, out of the 34 goals Tottenham have scored this season in the Premier League, Harry Kane has had a hand in 23 of them. To fill this huge gap is something inconceivable and Mourinho needs to look at other options apart from Gareth Bale, who was less than useful over the weekend as he was subbed off just past the hour mark.

Luckily enough for Tottenham, they are facing a team in Chelsea who have only won 3 games out of their last 10, but come into this game on the back of a convincing win against Burnley. After sacking Frank Lampard just over a week ago, Chelsea looked in tatters but they wasted no time in hiring a new manager in Thomas Tuchel who has adapted quickly to life at Stamford Bridge as he looks to stamp his philosophy and push Chelsea into the Top 4.

Chelsea will be confident going into this game as they have not lost a game to Tottenham in the Premier League for over 2 years now.

HOW CAN TOTTENHAM LINEUP AGAINST TUCHEL’S CHELSEA?

Jose Mourinho will surely look for a reaction from his team as they go against a side in Chelsea who has not let a shot on target since Tuchel’s arrival.

With the pace of Son Heung-Min, Steven Bergwijn and Lucas Moura, Tottenham could set up with a 3-4-3 with the three attackers in the frontline alongside Matt Doherty and Ben Davies in the full-back positions supported by Pierre Emile-Hojbjerg and Tanguy Ndombele in a double pivot in the center of the park. Joe Rodon has become one of the first names on the team sheet recently with his assured performances in the Spurs backline, while Eric Dier and Toby Alderweireld have turned out to be reliable while playing in a 3 man defence.

Spurs could certainly hurt Chelsea with their speed as Thiago Silva and Azpilicueta can be caught on the counter since both those defenders do not have the pace to catch up like they did a couple of years ago.

Alternatively, a 4-4-2 formation could act as a conservative but fruitful method to outnumber Chelsea in the midfield zone. Tanguy Ndomble has had his best games this season when has played in a midfield diamond or behind the attackers as his guile, creativity, and swift ball control could easily cause Jorginho a lot of problems. Son and Bergwijn could play as strikers as they would compliment each other almost perfectly, as both can make runs off each other and both have sufficient creativity to find the other’s run. Playing Dier and Hojberg in the midfield zone could also provide enough cover for the backline and can stop any counter attacks from Chelsea.

Jose Mourinho would love nothing more than a win against Chelsea, a team he has failed to beat as a Tottenham boss on 3 occasions in the Premier League.

Thomas Tuchel up until now has gone with three different front three’s in the 2 games that he has managed as Chelsea boss. In the first game against Wolves, Tuchel employed a Kai Havertz -Hakim Ziyech – Olivier Giroud attack while the other time he set up his front three in the form of Timo Werner, Mason Mount and Tammy Abraham. On both occasions, Christian Pulisic came off the bench and was probably the only man wanting to run behind the last defender and create something.

These 2 separate occasions proved that Thomas Tuchel is trying to find a perfect front 3 who complement each other and playing according to the style he wants them to; penetrating the final third whilst having the ball and pressing and winning the ball back when the team loses possession.

Tottenham Hotspur this season have been very vulnerable to through balls played behind their backline, something very evident after their losses against Brighton and Liverpool. Tuchel will look to attack this weakness of theirs and play Werner, Pulisic and Abraham/Kai Havertz and continue to play the pivot of Jorginho and Kovacic because they are the perfect combination of control and progression of a game through the center of the park.

Moreover, Jorginho is renowned for playing passes behind the opposition’s backline and we might see a lot of this against Tottenham. Callum Hudson-Odoi and Marcos Alonso will continue to hold the width of the pitch to stretch Tottenham out and create spaces for the front 3, something we have seen a lot of ever since Thomas Tuchel was appointed as Chelsea’s head coach.

This game will be a treat for the neutrals as an end to end game is expected with Jose finally looking to overcome this gloomy phase and Thomas Tuchel hoping to put a string of wins together to push Chelsea towards Champions League Qualification.