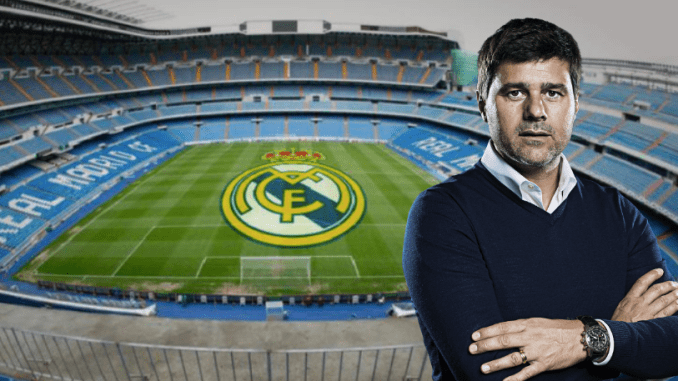 Tottenham Hotspur are thought to be worried about the future of Manager Pochettino as rumours of him joining Manchester United and Real Madrid links have intensified.

The Manager has been linked with a move to both Real Madrid and United and rumours of him joining United have increased after the sacking of Jose Mourinho following the 3-1 defeat to Liverpool.

A Report from The Telegraph claims that Pochettino is unlikely to join United as he has previously rejected them but a move to Spanish giants Real Madrid is something that the coach prefers.

Lopetegui was chosen as the man to succeed Zidane but back to back loss against opponents and the 5-1 thrashing of Real at the Camp nou led to him being sacked and Santiago Solari was appointed as Real’s permanent head coach in November. Scolari impressed at the start but a stringe of poor performances have again made the club think of bringing a new manager to the club.

Tottenham are trying to convince Pochettino to stay at the club amid rumours of his departure. Pochettino, on the other hand, has refused to comment on the rumours and insisted he his focused on his season with Spurs.