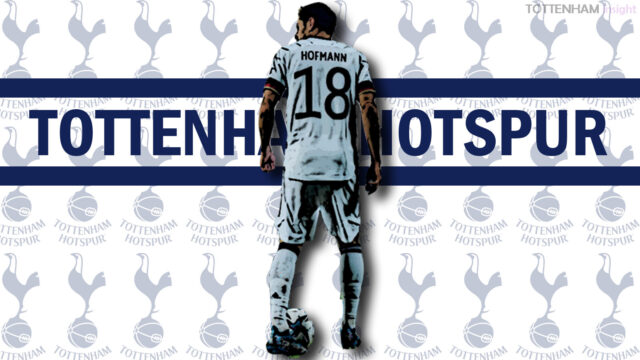 Antonio Conte is known for his solid defensive teams and his project at Spurs has been off to a rocky start with the Italian being vocal with the criticism of his players in the media. The January transfer window saw the arrivals of Dejan Kulusevski and Rodrigo Bentancur from Juventus with Fabio Paratici being key in both the deals. The former Juventus Chief Football Officer was recruited by Daniel Levy after being recommended by Antonio Conte who worked with him during his time at Juventus. Despite the transfers, the team is yet to adapt to Conte’s 3 at the back system and long term injuries to players like Japhet Tanganga and Oliver Skipp have really affected the performances of the squad. Conte’s system of a 2 man pivot in the middle always has had a creative box to box midfielder and a robust defensive midfielder. Bentancur and Hojberg are the defensive midfielders suited for the system but the lack of depth in the second midfield position has affected Spurs’ attacking numbers with the burden of scoring being on Heung-min Son and Harry Kane’s shoulders.

Jonas Hofmann, the German midfielder, might just be the player needed to be the creative box to box midfielder who has impressed for Borussia Monchengladbach in the Bundesliga. The 29-year-old is versatile and can play in a number of positions including right-wing, center midfielder and left-winger.

Will Jonas Hofmann fit into Conte’s style of football?

Adi Hutter, the manager of Monchengladbach, has primarily set up in a 4-3-3 system this season with Hofmann being deployed on the right-wing with the freedom to cut inside or stay wide. The German has 8 goals and 2 assists this season in the Bundesliga and Hutter’s counter-attacking set-up is similar to the setup used by Antonio Conte at Tottenham. Though the Italian doesn’t play with a 4 at the back system, Hofmann can be deployed in the midfield alongside Hojberg and his attacker’s instincts could come into use during transitions. Spurs heavily rely on Harry Kane to create chances with the Englishman creating 28 chances this season. Having an attacking-minded midfielder who can score and assist will be a great asset for Conte who had the partnership of Ngolo Kante/Nemanja Matic and Cesc Fabregas when he was the coach at London rivals, Chelsea, during their title-winning season in 2016/17. Eden Hazard was the player dropping deep then to link up with the midfield and the pace of Pedro and hold up play of Diego Costa up top helped Cesc Fabregas find these 3 attackers during counter-attacks. At Spurs, Son and Kulusevski are the players who usually make the runs off Kane and the vision of Hofmann would certainly help the cause. The German can be the chief creator of the team and the physical side of the game could be perfectly suited for the Premier League

According to the ever-reliable SportsBild, Tottenham and Atletico Madrid have renewed their interest in Hofmann with both the clubs ready to make an offer in the upcoming summer transfer window. Bayern Munich are another club who have closely been monitoring Hofmann but Tottenham are set to be the frontrunner. The chances of the deal happening are very high since the player will enter into the final 12 months of his contract with Borussia Monchengladbach.