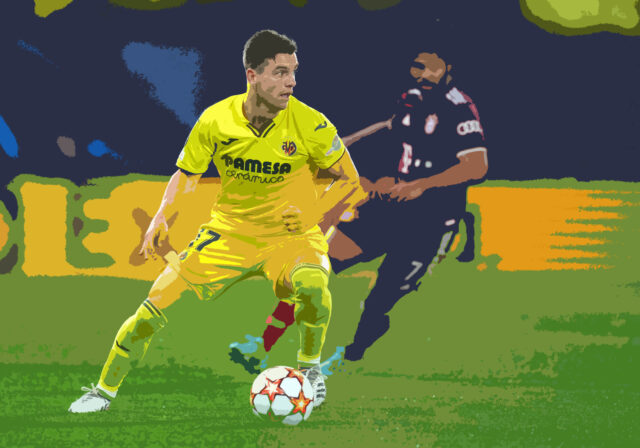 The 26-year-old Argentinian was loaned to the yellow Submarine in this winter transfer window and it’s fair to say the deal has been beneficial for both sides.

Lo Celso played a very crucial role for Villarreal where Unai Emery’s team knocked over the German giants Bayern Munich out of the UEFA Champions League quarter-finals. He was also tagged the PoTM in the first leg at the Estadio de la Cerámica, helping the Yellow Submarines get the 1-0 cushion that led to one of the biggest upset in UCL history.

Tottenham head coach Antonio Conte last week claimed that Lo Celso’s form is “good for everybody” when asked about his midfielder in his pre-match press conference.

“First of all, I’m really happy for his great performance. He needed to play with regularity, with continuity. For this reason, he went to Spain in a league he knows very well because he played very well, and Tottenham bought him when he played in that league,” Conte said.

“To go back there and show he’s in good form is good for everybody, especially because Tottenham paid a lot of money for him. I am very happy because he is playing every game, he’s showing he’s a good player, but I never said he’s not a good player.”

“I said this league is a very difficult league because it is not enough to have great quality and it’s important to play with great intensity and strength. But now he is playing with regularity and I am very happy for him, also Gil, they are playing very well in Spain. Also the club did the right choice, yes.”

While him shining for his Spanish side, Giovani had almost no impact during the time he played for the Spurs and didn’t quite fit well with the Conte’s side having only 8 G/A over 84 matches and failing to impress the coach.