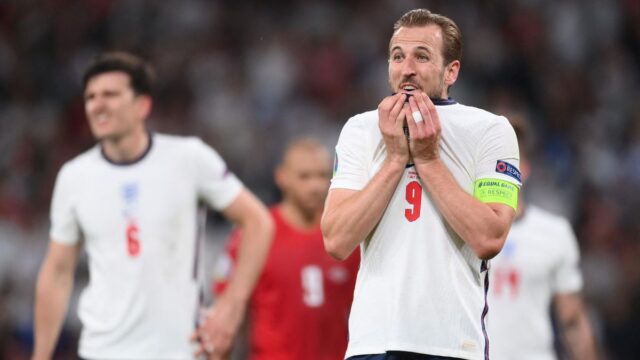 Spurs new manager Nuno Espirito Santo in his first press conference has strongly put forth that Harry Kane will stay at the club after rumours of him moving out this summer were strongly circulating.

Nuno while speaking to the press said, “Harry is our player. That is period. No need to talk about anything else. Now is the moment for Harry to recover his energy and when Harry comes again we will have time to speak and have good conversations.”

“I am looking forward to him joining the group and start working together. I am excited to work with all the players, Harry is a top player. Harry is one of the best players in the world, that is all there is to say.” the Portuguese added.

While Nuno was quick and strong to hint all the clubs targeting Kane that he is going to stay and the club will not entertain any offers for him, it is to be seen what the club’s star player decides to post his arrival from the break.

Harry Kane has been an integral part of the Tottenham Hotspur squad for a long time and his form has just been excellent. He won the Golden Boot last season after scoring 23 goals in 35 matches. He also provided an impressive 14 assists. The stats speak volumes of Harry’s skills.

But with Tottenham Hotspur unable to win any silverware for a very long time, the star might be tempted to move to a bigger team where he could win trophies. Many reports already suggest that Manchester City are desperate for the Harry Kane transfer after Sergio Aguero’s departure. Even Chelsea are willing to test the waters if Harry Kane tries to force his way out.

It is to be seen whether the Spurs boss can walk the talk and convince Kane to stay or if the latter will force his way out. Any important decision will be taken only after Harry Kane returns from his holiday period.