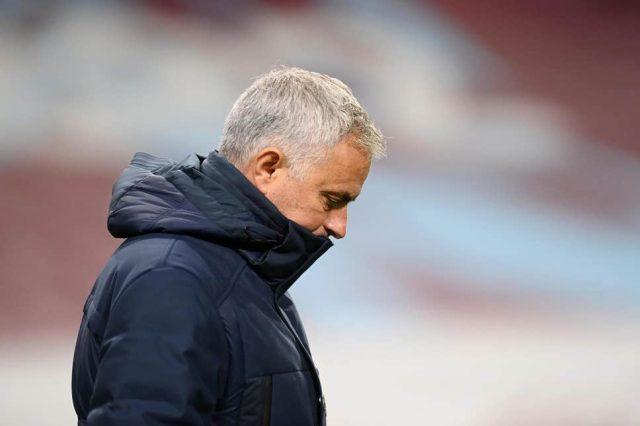 Jose Mourinho has hailed his talisman Harry Kane’s team spirit after 1-0 win over Burnley and said he will not tolerate “prima donnas” at Tottenham.

After this crucial victory, Spurs have extended their unbeaten run to 10 games in all competitions. Harry Kane played a crucial role in his side’s win as contributed both offensively and defensively. In the second half he cleared James Tarkowski’s effort off the line and then went on to set up Son Heung-min for what was his 8th assist for the 2020-21 Premier League season.

“In the last minute [he was also] pressing, a sliding tackle and stopping the guys from putting the ball in the box. When you want to win you do everything for your team, there is no space for individuals, no space for prima donnas. Even a top player like Harry has this spirit, I just want to say it’s fantastic. I don’t want to say that [this is the most complete he has been], he was amazing with every coach here, he was amazing for Mauricio [Pochettino]. I want to say that the way the team plays, and today is not the best example of that, but I think he feels very comfortable and it’s a very good way for him to play because he’s good in the box, but he’s also magnificent outside the box.”

This result has lifted fifth in the league standings and Mourinho looked a relieved after what was considered a tough away fixture,

“[Whether it’s] 6-1 or 1-0, three points. So, I’m as happy as I was at United, at Old Trafford,” he said. “I knew and I said in the pre-match interview that this was not the game for beautiful football, this was not the game to score many goals. This guy here beside me, Sean [Dyche], he knows how to organise a team and he knows how to stop the better teams from playing fluidly. The game is really difficult, they defend very well, they press very well, they reduce the tempo of the game and then in one set-piece they can always score like they almost scored when Harry Kane took the ball on the line. Very hard game, but I’m very happy because this is the typical match where you can easily leave two points behind.”