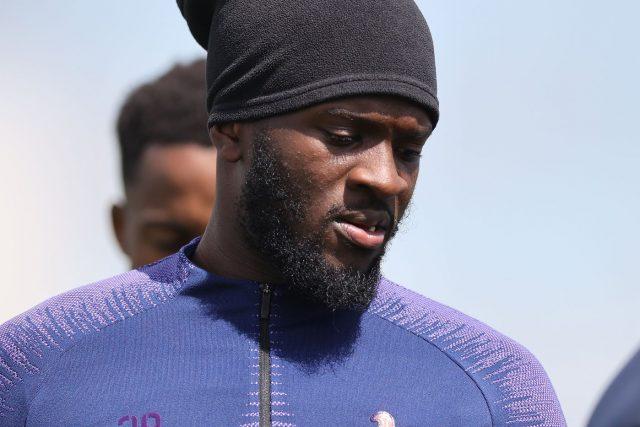 Inter Milan defender Milan Skriniar is being considered by Spurs, as part of a swap deal for Tanguy Ndombele this summer.

Inter are ready to start talks with Tottenham for Tanguy Ndombele. He’s a real target as midfielder for Antonio Conte. The two clubs will also consider some swap deals on next weeks – good relationship after Eriksen deal. 🇫🇷 @SkySport #THFC #Inter #transfers

Jose Mourinho has reportedly identified Milan Skriniar, as the club are poised to replace Jan Vertonghen following his recent departure.

The Slovakian international had earlier been reported on Manchester City’s radar according to a report from Calciomercato, but Spurs are now in the race for his signature.

Skriniar is known to be a strong tackler, who is quick to make clearances. A natural centre-back who’s as well capable of playing the defensive midfield position, where he has produced an outstanding performances in his early career days at Under-21 level. He was named Slovakia’s best Under-21 player for 2016, receiving the Peter Dubovský Award.

His former youth manager had praised him, saying: “He (Skriniar) has always being the leader on and off the pitch. He has been described in the media as the successor to the former Liverpool icon Martin Skrtel in the Slovakian national team.”

He has drawn much raves from several Italian pundits for his positional sense, as well as his ability in the air, and in one-on-one situation.

Skriniar have been Inter Milan’s ever present and most reliable defender since he arrived at the San Siro, signing a five year contract for a reported fee worth around €20million, making him the most expensive Slovakian player of all time.

Skriniar is an astute ball playing centre-back, who has amassed 91.1% pass success this season. He has an average 1.2 aerial duals per game, 2.6 clearances per game, 1.4 tackles per game and 1.1 interception per game.

His recent performances as shown that he’s could be a wonderful addition at Tottenham’s backline.

Nevertheless, Ndombele’s lack of adaptation in London has opened a possibility of a swap move to Internazionale where he can hopefully rediscover his previous form which earned him a record breaking move from Lyon last summer, for a reported transfer fee of €62million plus up to €10million in add-ons.