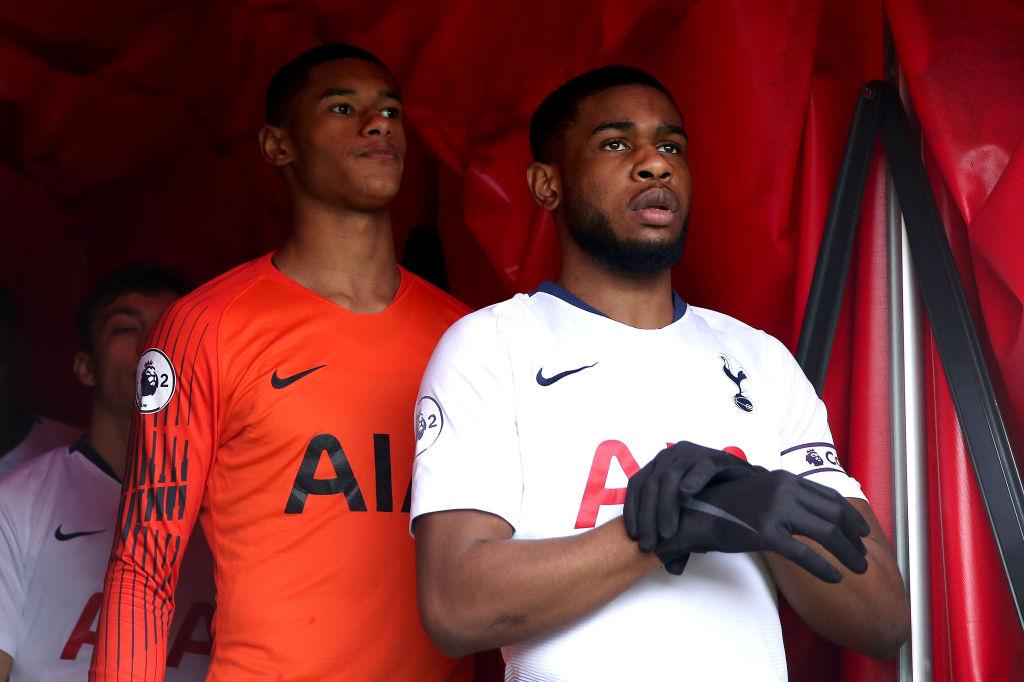 Tottenham youngster Japhet Tanganga has been rewarded with a new five-year contract extension with the club, after enjoying a breakthrough season under the tutelage of club manager Jose Mourinho.

He has seamlessly developed an excellent aerial ability to leap high, contest for aerial duels and also uses this ability to become a threat during set-pieces.

✍️ We are delighted to announce that @JTanganga99 has signed a new contract with the Club which will run until 2025.#THFC ⚪️ #COYS

Tanganga joined Tottenham Hotspur developmental youth setup at the age of ten, from Greig City Academy. The Congolese descent has represented England youth team at several age group levels which includes: Under-16, U-17, U-18, U-19 and U-20.

In 2017, Tanganga was invited to take part in the Toulon Tournament, which England Under-20 team went on to win.

Just around June 2019 before making his first team debut, the youngster had his contract with Tottenham extended until 2021. Eventually making his debut on 24 September 2019, in an away match in the EFL Cup against Colchester United.

On 11th January 2020, Tanganga made his first full Premier League debut at White Hart Lane against league leader Liverpool. His inclusion was really unexpected and had the fans panicking, with doubts about his ability to curtail the threats against Liverpool’s attacking trio of Sadio Mane, Mohammed Salah and Roberto Firmino.

Few days after he made his Premier league debut, he produced a man of the match display against Middlesbrough in the club’s FA Cup replay, which Spurs won 2–1.

With the Spurs looking too slim of options at their backline, considering Jan Vertonghen’s departure after his eight years spell at Tottenham, the club’s hierarchy has wasted no time in extending the highly rated youngster’s contract, which runs until 2025.

The 6ft tall defender has shown tremendous improvement since making his senior debut. Not a lot of youngsters have been fortunate enough to win the heart of Spurs’ manager Jose Mourinho, looking back at his time with previous employers.

But with Tanganga, Tottenham can count themselves very lucky to have produced such great talent from their youth setup. No doubt, Tanganga’s rise would have saved the club from spending some pounds in the transfer market.

With his contract extended, we can expect him in Mourinho plans next season.

Great way to end a memorable season. Thank you for all the support and can’t wait to see what the future holds. All Gods work🙏🏾 pic.twitter.com/Z7S86FqONd

Japhet Tanganga could be the Mourinho’s new William Gallas