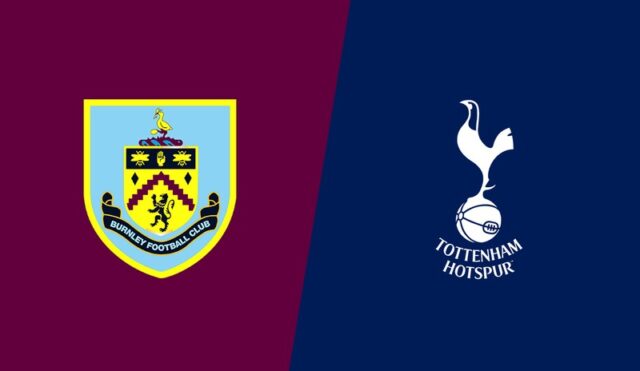 Taking a break from the regular thrills of the Premier League, 16 teams now focus on the domestic cup fixtures in the Carabao Cup. It is time for the Round of 16, and with some big names facing off against each other, it makes for some unmissable games. One of the fixtures sees Londoners Tottenham Hotspur make the short trip to Lancashire to face off against Burnley at the Turf Moor.

Burnley have been poor in the league, and are considered one of the relegation favourites, with the Clarets languishing in 18th place in the Premier League, after nine games. They have been winless since the new Premier League season began, but manager Sean Dyche still firmly believes in his side and has backed them to survive another season in the league. Last time out, the Lancashire club played out an entertaining 2-2 draw at Southampton, which consisted of some brilliant attacking football from the Clarets. They were unlucky not to get all three points, but it gave the fans some hope about their chances and if their attacking football continued, they could well survive another season.

Burnley have had a decent run in the Cup so far, with the club getting past Newcastle United on penalties in the first round, and then putting 4 past Rochdale in the next round, with striker Jay Rodriguez scoring all 4. Against Tottenham, Burnley will have to be completely focused and will have to give their all to progress through to the next round, and will be thankful to have the home advantage on Wednesday night.

Tottenham Hotspur come into this game on the back of two consecutive 1-0 losses. They lost to Vitesse in the European Conference League, and West Ham United in the Premier League on Sunday. Spurs need a strong response to their poor form over the past few weeks and will be looking to dominate Burnley from the get-go. They will be looking to be on the front foot from the start, and given their attacking woes as well, a big win could instill some much-needed confidence in their attackers. Nuno Espirito Santo will be wary of rotating his team too much, and while he will be looking to rest some players, a couple of key players could be starting here on Wednesday.

With a few more tricky games to come, a win for the Spurs could give them a boost heading into those games. The Carabao Cup represents Tottenham’s best chance of winning a trophy besides the European Conference League, and they will be hopeful of going all the way in this one.

Burnley captain Ben Mee is a major doubt for the clash on Wednesday night, as the Englishman has missed the last 3 games since October 2nd due to the coronavirus. As a result, it is unknown whether the centre-back is match fit and ready to play. Another doubt for the Clarets is midfielder Dale Stephens, who is recovering from a foot injury, and faces a race against time to get fit for the game against Spurs.

The Clarets were boosted by the return of duo Matej Vydra and full-back Charlie Taylor to the squad on Saturday, as Vydra featured off the bench, while Taylor started the game at left-back against Southampton.

Tottenham Hotspur are expected to travel to Burnley without full-backs Matt Doherty and Ryan Sessegnon, with both not recovering from their respective injuries in time. Other than that, Spurs do not have any other injuries and Nuno Espirito Santo will go to Turf Moor with a fully fit squad.

The Burnley record signing has had a pretty brilliant start to life at Turf Moor, scoring 3 goals in 4 appearances in the league so far. He has been a standout figure in the Burnley attack, and is forming a blossoming partnership with Dwight McNeil on the opposite flank. The Ivorian winger is a ray of sunshine in the gloom that Burnley are in right now, and is performances have been admirable for a player who was given very little time to settle into the rough and tough of the Premier League.

Cornet justified his signing yet again on Saturday, when he scored twice in either half against Southampton, to rescue a point for the Clarets. He made life difficult for the Southampton defense, and his quick feet and turn of pace are a very big threat to any defense in the league. Against a struggling Spurs defense, he could well make an impact and he will be exciting to watch on the left flank.

The young and thrilling summer arrival from the La Liga showed a lot of promise in Spain, which prompted Spurs to shell out over £20 million and part ways with Erik Lamela. Gil is fast and is an astute passer of the ball, and has the ability to work his way out of tight spaces, which is a fantastic ability to have, to break down low blocks like the one Spurs could encounter on Wednesday night against Burnley.

Although he has not had a huge impact yet, Gil is still young and has plenty of potential to become a superstar in the future. Gil has been used sparingly by Santo, with his appearances being restricted to only the Carabao Cup and European Conference League, with the Spaniard playing just 57 minutes in the Premier League. He has shown glimpses of his true talent, and is still taking time to adjust to the fast and physical side of English football. He will be expected to start on the wing for Spurs against Burnley, and will be tasked with the job of creating opportunities for his fellow teammates. With the Spurs attack also struggling, he could make a case for him to start regularly with a good performance at Turf Moor.

AN UPSET ON THE CARDS?

Tottenham Hotspur have not been in the best of forms, and have been struggling recently. They have lost two consecutive games for the first time this season, and have lost three of their last six games. They have been poor in defense, and lackluster in attack, drawing criticism from fans and pundits. New manager Nuno Espirito Santo has not had the desired effect so far in his tenure, and his pragmatic style of play has been called worse than his predecessor Jose Mourinho’s on occasions. It would be fair to say that Spurs are in a bit of a crisis at the moment, and Sunday’s loss against West Ham United was another nail in the coffin.

West Ham were by no means the best team on the day, but they took their opportunities and created chances which the Spurs creative department failed to do miserably. An attack that includes the likes of Son and Kane could not create any good chance, and with just nine goals scored and 13 goals conceded in nine league games, the Lilywhites need to improve in all departments.

While Burnley haven’t been at their best form either, they have a knack of taking advantage of their opponent’s weaknesses and the Turf Moor faithful will be hopeful they can do it again on Wednesday night. With a new attacking signing in Maxwel Cornet, Burnley have looked threatening in attack, but have failed to score more goals. With both teams struggling, there is a real opportunity for Burnley to get a huge scalp in the Carabao Cup, and advance to the quarter-finals in front of their home crowd.