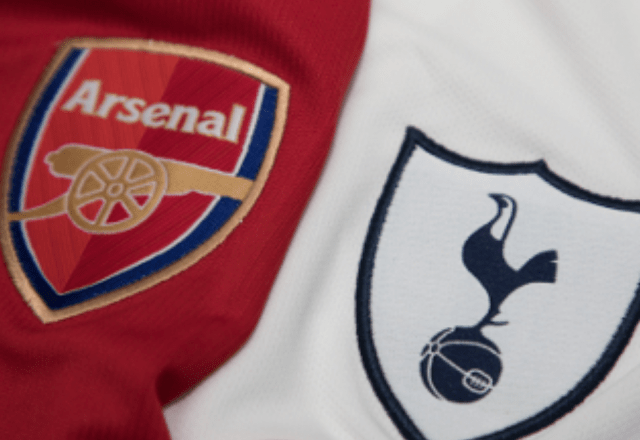 The North London rivals are set to go toe-to-toe with each other on Sunday evening and while the rivalry may have lost a touch in recent times, the stakes will certainly drive both sides to go into this game with nothing to lose. Jose Mourinho can smell the Top 4 now, while Mikel Arteta will certainly know that a win in the North London derby will be a huge boost for players and fans alike. But the question is which duels are going to be key for either team to come out victorious on Sunday?

Few defenders are as dogged as Kieran Tierney in the Premier League, but on Sunday, the Scottish full back will be facing a completely different animal in Gareth Bale. The turnaround since January in Gareth Bale has been quite a revelation, with the Welshman scoring 5 scoring 5 goals and providing 2 assists in the Premier League in the past 2 months. Bale is currently averaging a goal or assist every 71 minutes and he will be looking to add to his collection of North London derby goals.

However, this might not be as simple, as Kieran Tierney has let very few people past him, with the only person who has provided any kind of trouble to Tierney being Mo Salah, Premier League’s top goal scorer. Apart from that, the 23 year old has been very compact at the back with his flexibility of playing as a center back as well as a full back.

While Tierney is an excellent defender, at the end of the day, Gareth Bale’s aerial presence might just be enough for him to get the better of the Arsenal full back.

The center of the park is one of the most crucial positions on the pitch that a team needs to control in order to win a game and both teams have their own sets of warriors and midfield engines in the midfield roles.

Pierre Emile Hojbjerg has been a breath of fresh air for Tottenham this season, as he is currently 3rd for tackles made in the Premier League, while he is also the 1st in interceptions in the entire Tottenham squad. In terms of ball recoveries, a stat normally dominated by goalkeepers, Hojbjerg is the only outfield player in the Top 8 with 222 ball recoveries this season. Jose Mourinho has also drilled the concept of tactical fouls in the Danish, something he is 2nd for in the Premier League currently, only behind West Ham’s Tomas Soucek. Hojbjerg has made the central midfield position his own in this Tottenham squad and he will want to continue doing so against feisty rivals in Arsenal.

Thomas Partey’s season has been filled with injuries limiting the player to only 13 appearances this season, while one of his most famous moments in the Premier League this season being when he wanted to come off against Spurs, but did so mid-match, courtesy of which Heung-Min-Son charged on with a counter-attack through an empty midfield zone to score a scorcher into the back of Arsenal’s net. The midfielder has looked solid when he has played but there have been question marks regarding his urgency in games, with the Ghanaian slowing the play down at times.

It will be a pretty rugged clash in the midfield zone on Sunday and while Thomas Partey could influence how Arsenal plays, Hojbjerg will certainly be shutting down any and all balls that come the Ghanaian’s way.

Bukayo Saka has been something close to genius for Arsenal this term as he has been involved in 7 goals this season, with no other teenager coming close to him statistically. The winger is also taking 2.3 shots per game, which is an incredible stat for a 19 year old winger. He will be up to his tricks and flicks in the North London derby as he will go head to head with Sergio Reguilon ,who he will plan on giving a very hard outing. Saka has already won important duels against top full backs this season with Ben Chilwell, Luke Shaw, Lucas Digne- all finding it very hard to cope with the youngster’s movements.

Somebody who will have to track the youngster’s movements very closely on Sunday is Sergio Reguilon. Reguilon has suffered his own injury setbacks this term which has allowed the Spaniard to feature only 16 times this season for Tottenham. Reguilon was a focal part of the Tottenham side that were 1st in the Premier League table until December. Reguilon is also a very relentless runner, so anybody who would be thinking that he will be chasing Saka’s shadow all night long is mistaken, as the full back himself is very fond of overlapping past Heung-Min-Son and delivering crucial crosses into the box for Harry Kane and Gareth Bale, something he did very well last weekend against Crystal Palace.

While Reguilon can cause a lot of damage to Arsenal going forward, his attack-mindedness could just give Bukayo Saka all the space he needs to counter-attack Tottenham.

The derby is going to be a mouth-watering affair for neutrals but both sets of fans will be very aware of the bragging rights as well as the impact this match could have on the Premier League table.