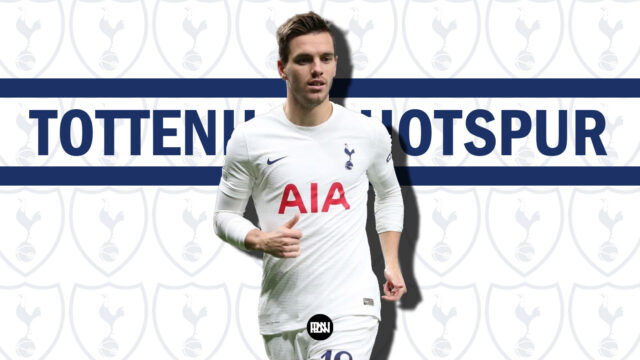 Giovani Lo Celso arrived at Tottenham Hotspur in August 2019 on loan from Real Betis where he had an incredible run for two seasons. In the first season at Betis as a loan player from PSG, he in his 27 appearances scored 8 goals which made the Spanish side sign the player on a permanent deal. In the second season he only had 5 appearances for them but still made his mark on the scoresheet by scoring one goal before going to Spurs on loan.

At Tottenham Hotspur, the Argentine showed his impact and was heavily praised by both managers Mauricio Pochettino and Jose Mourinho. Under Pochettino Lo Celso played 14 games. Despite not scoring a single goal Lo Celso still had made his impact feel on this pitch. He’s an incredible central attacking midfielder who showcased his incredible hold on the ball and also showed how easily he can create space in the middle and pass the ball with the same precision toward the attacking duo of Harry Kane and Heung-min Son. His incredible play-making made Spurs sign him on a permanent deal of £27million.

Lo Celso continued his top form under Jose Mourinho as the Portuguese Manager praised the Argentine on a couple of occasions in interviews about his mentality and his professionalism as a team player and also as a person. But with a series of multiple injuries and a severe hip injury cost Lo Celso the chance to convert his top form into something special. The loss of form made Antonio Conte send Lo Celso on loan to the Spanish side Villarreal.

Departing from Tottenham on loan at the end of the January transfer window, Giovani Lo Celso could not have predicted what was to come next for him at Villarreal. The Argentine was given an opportunity to play in the Champions League once again following his switch to Estadio de la Ceramica made quite an exhilarating impact on the Unai Emery side. He was a crucial part of Villarreal’s unforgettable Champion League campaign this year. He played as centre forward for Villarreal in most of the games.

Unai Emery’s side caused a major shock in the Round of 16 with a 4-1 aggregate win over Juventus. Villarreal did it again in the quarter-finals after a late goal secured a 1-1 draw at the Allianz Arena and sealed a 2-1 aggregate triumph against Bayern Munich.

Lo Celso more than played his part in both successes, notably having a hand in Arnaut Danjuma’s goal in their first-leg win over Bayern, before doing likewise for Samuel Chukwueze’s late leveller in Germany that saw them progress. Excelling in La Liga with Real Betis before his move to Tottenham in August 2019, Lo Celso’s return to Spain has seen him recapture his top form after such a frustrating time in north London.

After such an incredible season, Spurs might be rethinking the future of Giovani Lo Celso. They might call him back to give him the last opportunity to again show the fans what an incredible player he is through his performance. Lo Celso is one of those rear players who can play as a 10,8 and even as a 6 which will be very helpful for the Tottenham side as they can use his ability to adapt and excel in different positions.

Ledley King has insisted that Giovani Lo Celso is capable of forcing himself into Antonio Conte’s plans when he returns to Tottenham this summer.

Estadio Deportivo reported earlier this month that while Conte believes Lo Celso has a lot of talent, he does not think the Argentine is suited to the intensity and physicality of the Premier League.

King believes the former Real Betis man is capable of changing the Italian’s mind but he admitted Lo Celso has his work cut out to do so.

The legendary Spurs defender told Bookmakers.com: “There is no reason why Giovani Lo Celso can’t come right back into the club. I’ve seen him up close during my term there. I know he can probably operate in one of the positions further up the pitch and he can play in the centre of midfield. He’s a good versatile player, but again he falls into the category of having to come back to force his way into the manager’s plans if he wants to stay at the football club.”

Tottenham Hotspur should bring the Argentine back to the club to give him that one last opportunity to prove his worth to the Spurs fans.