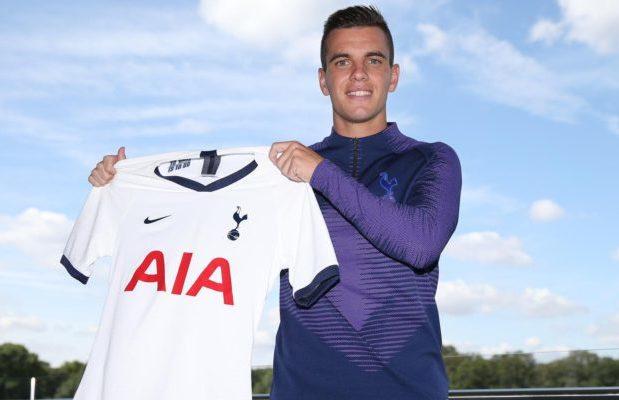 Tottenham kick off their deadline day with finally signing their summer long target Giovani Lo Celso – on a season long loan from Real Betis with an obligation to buy in the following summer.

Summer Long? Well his name was in the radar since even before Tottenham’s Champions League finals against Liverpool.

Lo Celso will don the eighteen number jersey at the White Hart Lane.

“We are delighted to announce that we have reached agreement for the season-long loan signing of Giovani Lo Celso from Real Betis Balompié with an option to make the transfer permanent.

The attacking midfielder will wear the number 18 shirt this season.

Giovani began his career with Rosario Central and his performances during his time in the Argentine Primera Division and Copa Libertadores saw him earn a move to Europe with Paris Saint-Germain in the summer of 2016.

After initially being loaned back to Rosario, he returned to PSG at the start of 2017 and went on to make a total of 54 appearances, scoring six times for the Ligue 1 side, as well as being part of the squads that won the league championship in 2018, two Coupe de France titles and the 2018 Coupe de la Ligue before joining Real Betis on loan for the duration of the 2018/19 campaign.

Capped 19 times by Argentina to date, Giovani impressed in Spain last season, scoring 16 times in 45 appearances in all competitions before his loan was made into a permanent transfer.”