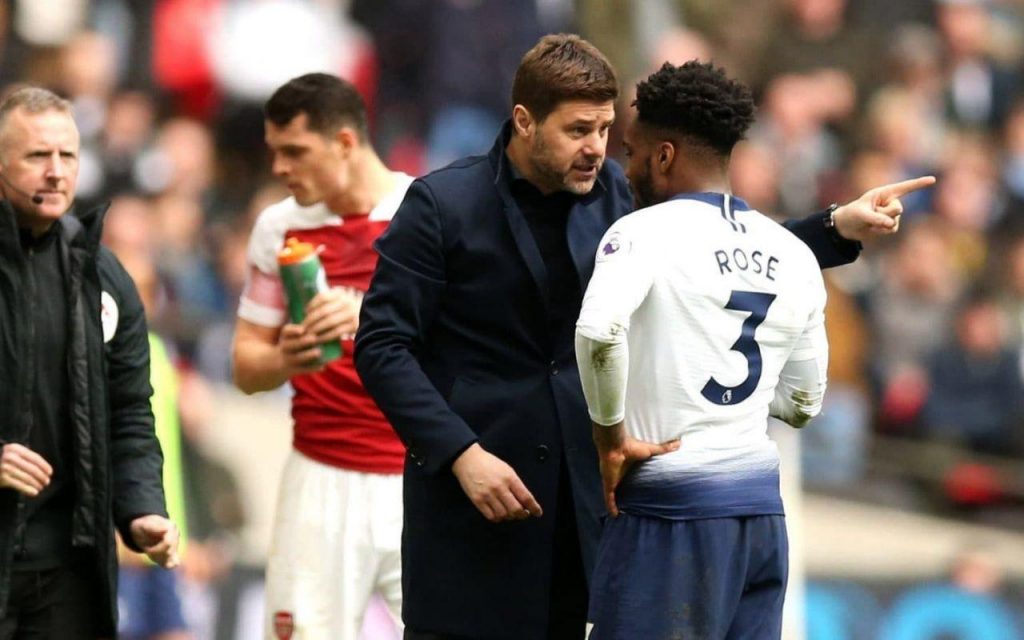 Spurs defender Danny Rose has claimed that Manager Pochettino during the first half of the derby talked to the team and described it as “like he was really sending us to war”.

Tottenham Hotspur have been facing a lot of criticism after back to back defeats against Burnley and Chelsea which saw them fall 9 points behind leaders Liverpool. Spurs merely managed to escape with a point from the derby as Aubameyang failed to convert an injury-time penalty at the Wembley.

The draw leaves Spurs 11 points behind leaders Manchester City who took the first spot after Liverpool were held at the Goodison Park. Spurs were not at their best in the match and were 1 goal down till the 74th minute before the referee awarded Spurs a penalty which was converted by Harry Kane. Arenal fans were left frustrated with the decision and could have walked away with all the 3 points had Aubameyang converted the penalty from the spot.

After the match Spurs defender Rose told, “The manager said some things at half-time and that was the turning point because he is usually really calm and collected.”

“He normally talks to us at half-time and this time it was like he was really sending us to war.

“That was one of the best things I have witnessed in football, his half-time team talk, and we kept going and that was the attitude he wanted to see in the second half.”

READ: Why the referee was right to award Spurs a penalty despite Harry Kane being offside

Rose admitted he was left impressed with the passion in which Manager Pochettino gave the speech and admitted of never having seen anything like that before.

“He normally talks, he’s really calm as you have all seen. But this time he was really passionate,” Rose added.

“I felt as if I was literally going into war after the team talk that he gave. It’s literally one of the best team talks I have been involved in since I have been playing football.

“We are not used to losing two games in a row. Something needs to change somewhere. Whether we need a rocket up our backsides, I think he just tried a different approach. But I liked what he did at half-time, it really got me firing.

“As usual, it made me want to fight for him, fight for my team-mates and fight for my club. Some people can either take to that or go the other way and I love seeing things like that.”

Spurs next travel to Germany for the 2nd leg of the Round of 16 of the Champions League with a 3-0 advantage from the 1st leg.