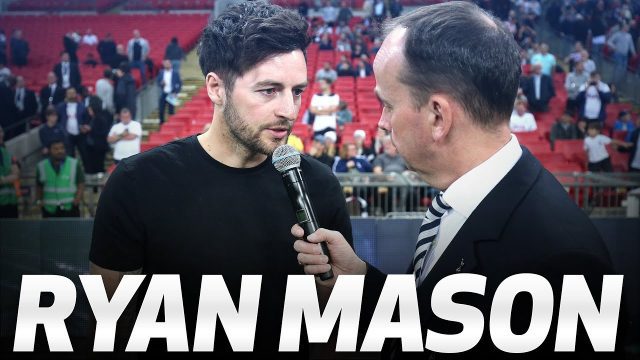 It is safe to say that it does not take a lot of time to shake up the world of football or the stakeholders in it. Sunday night portrayed as one of the darkest nights in the history of football has now, in less than 48 hours, returned to normalcy, however, not for everybody.

As soon as news broke regarding a European Super League, Jose Mourinho was sacked by Tottenham after the Portuguese ‘refused’ to conduct the training of the senior team on Monday. Mourinho has often talked about his disagreement regarding a European Super League and the announcement of it on Sunday convinced Mourinho that Spurs are not the right club for him or the future of football.

The past, however, does not matter as all the 6 English clubs involved in the Super League have now left it. Yet, things are not the same for Tottenham.

They have a new manager at the helm, and albeit an interim manager, Ryan Mason has an in-house passion for this club and it is a very interesting appointment by Daniel Levy.

WHO IS RYAN MASON?

Ex-Spurs player; disciple of Pochettino; footballing brain; young and enthusiastic – Ryan Mason, had he only been several years older, would have been heralded as the next young genius in the Premier to practice his trade at a former club.

Frank Lampard, Ole Gunnar Solskjaer, and Mikel Arteta have all tried their hand at this, and in all honesty, the trio have only 1 trophy between them to show for it (Mikel Arteta’s FA cup win in 2020) in over 6 years of their combined managerial experience.

So what makes Ryan Mason different? Unlike the aforementioned three ex players-turned-managers, Ryan Mason is one with an actual footballing brain rather than somebody who wants to try their hand in management.

A Tottenham man through and through, Ryan Mason was one of Pochettino’s most trusted midfielders and has shared the pitch with a lot of players he is managing now. Harry Kane, Dele Alli, Toby Alderweireld, Son Heung-Min, Erik Lamela, Eric Dier, Ben Davies, and Hugo Lloris- have all played alongside Ryan Mason, however, most of them were below the age of 25 at the time.

Mason then left Tottenham permanently in 2016 for Hull City, and this is where everything changed for the Englishman. In a match against Chelsea in 2017, Ryan Mason rose to head a ball against Gary Cahill and the next thing Mason could remember was waking up on a hospital bed, with Mauricio Pochettino by his side as Mason said “Hey gaffer, I was there, I was in the right position”

Such is the dedication, the thirst and love Ryan Mason holds for the brilliant sport, courtesy of which, after a long drawn out surgery, Ryan Mason retired in 2018 itself, at the age of 27, which is normally the age at which most footballers are at the peak of their game.

One good thing that came out of it – Ryan Mason’s decision to go into management. Moreover, it didn’t take long for Mason to get started into this profession either, as he was appointed by Daniel Levy in 2020 itself as the head coach of the youth set-up at Tottenham ranging from the U-17 to the U-23 development squad.

Little did he know that he would be asked to manage the first team in less than a year and more importantly, the weekend before Tottenham’s Carabao Cup final against Manchester City as Spurs look to end their 13-year-trophy draught.

However, Ryan Mason’s first test will be Southampton on Wednesday night, and a victory would go a long way in boosting Mason’s confidence for the daunting task on Sunday against Guardiola.

Tottenham will, however, be without Harry Kane on Wednesday as the forward limped off the pitch after the game against Everton last Friday and Ryan Mason will be hoping Kane is fit for Sunday.

While Ryan Mason has only been appointed till the end of the season, if he does do a good job, he could well be appointed for the next season as well, which would be good news for a lot of players, especially the ones who were burned out by Jose Mourinho.

Players like Dele Alli, Danny Rose, Ben Davies, and Toby Alderweireld might get a new lease of life with Ryan Mason at the helm.

There is a lot to do, however, with very little time in hand. Ryan Mason, however, is unfazed and ready to take upon this new challenge in his life – “I want us to be brave and aggressive, to play like Tottenham Hotspur. I want a team to make our fans proud.

“Football, for a lot of people, is everything they have in life. I want the fans to be invested and I want the players to feel that energy, as well.

“Obviously, they are not in the stadium now but when they do come back in, this football club needs to feel that energy.”

Ryan Mason has the zeal, the tenacity, and the head needed to manage this club, it is only if he can transmit his enthusiasm to the players which will decide his and Tottenham’s future, not just for the remainder of this season, but quite possibly for seasons to come as well.