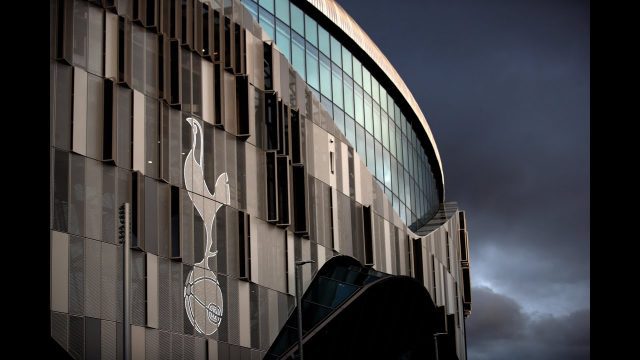 It was a dark day for the football world when twelve of the top European clubs announced their intentions to form a breakaway league called the European Super League. Fans and various personalities of the footballing world are absolutely disgusted and livid with the so-called Super League that is seen as nothing more than a cash cow for the billionaire owners of these great football clubs.

Gary Neville, the legendary Manchester United defender reiterated on-air what each and every fan must have been feeling at that moment. He said that he was disgusted with the Premier League clubs who agreed to this competition especially Man United and Liverpool, two of the biggest clubs in England. “I’m disgusted with Manchester United and Liverpool the most. Liverpool, they pretend – ‘You’ll Never Walk Alone, the people’s club, the fans’ club’.

“Manchester United, 100 years, borne out of workers from around here, and they’re breaking away into a league without competition that they can’t be relegated from? It’s an absolute disgrace.”

The idea of a European Super League from a Spurs fan point of view is something that goes against every fibre of this historic club. The club that has names like Bill Nicholson, Keith Burkinshaw, Arthur Rowe, Jimmy Greaves, Gary Lineker, and Dave McKay, Tottenham have been built on a foundation that oozes class. They have been built on the foundation that gives back to the people that dedicate their lives to the club.

Die-hard supporters who have spent their whole life supporting the club in various eras had a feeling of being betrayed last night, as Tottenham Hotspur were one of six clubs from the Premier League to announce their intention to start a Super League. The Premier League has threatened the clubs of dire consequences, which include being banned from the domestic leagues and cup competitions.

Tottenham Hotspur Supporters’ Trust issued a powerful statement, saying: “Tottenham Hotspur was the first British club to win a European trophy. We blazed a trail that caught the imagination of fans everywhere. Yesterday, the current Board of THFC betrayed the club, its history, and the magic that makes this game so special when they put their name to a statement announcing the formation of a breakaway European Super League.”

The fact that hurt fans the most is that unlike the German clubs, which declined to participate in the Super League, fans were not consulted in the decision making in a move that could see the end of football as we know it.

Supporters’ Trust further added, “The current Board is prepared to risk the club’s reputation and its future in the opportunistic pursuit of greed. One of England’s most famous clubs could find itself expelled from English league competition. Its players could be banned from international competition. And yet the current owners – mere custodians of a 139-year-old institution – are prepared to risk it all for avarice and self-aggrandisement.

“We demand the Board immediately disassociates itself from the breakaway league. Only then can meaningful discussions about change take place. If the Board does not do this, we will have no choice but to call on new owners prepared to safeguard the past, present and future of our great club to step forward and work with us.”

It is no doubt that this move of a breakaway league has left fans of every club feeling betrayed and backstabbed. Fans on social media were incensed with the way their club has acted and have hoped and prayed for their club to step away from the ESL.

The great Sir Matt Busby once said that football is NOTHING without the fans. The fans are against the idea of a closed-off league that does not have the threat of relegation or the excitement of qualifying for it. For the last 70 years, the UEFA Champions League and the UEFA Europa League have been a bedrock of European football, competitions that small and big clubs alike aspire to be in. The European Super League is nothing but an atrocious and disgraceful way for the owners of these 12 clubs to fill their pockets. The clubs will allegedly receive around £300 million just for joining the league.

UEFA, FIFA, and other Football Associations have rightly opposed this league saying that it would go against every principle of open competition and sporting merit which are at the heart of the domestic and European football pyramid. It is the hope of every fan that clubs do not go through with the European Super League and that the unadulterated competition of football is retained.

Harry Kane could be a ‘perfect’ fit for Manchester United, insists Gary Neville

Who Son Heung-min voted for to win FIFA’s The Best men’s player award?