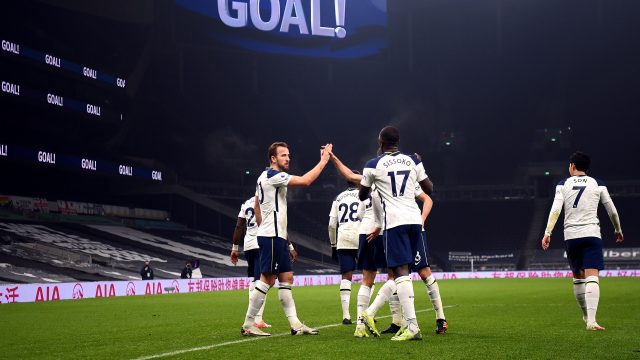 Jose Mourinho’s Tottenham Hotspur emerged as the dark horse for the title in the early part of the season. Bookmakers were slashing prices, with 888Sport going as low as 4/1 for Tottenham Hotspur to win the league, but since then odds have been rising. A string of disappointing results and performances now see Spurs as 100/1 outsiders.

On top of that, Mourinho’s men have been pushed from 1/3 to 5/2 with Paddy Power for a top-four finish. After such a promising start, why are Spurs now in a tight European battle?

Part of the reason is that we’re witnessing one of the closest seasons in living memory with results so unpredictable. With odds moving so much this campaign it could be a good idea to see if there are any suitable offers before backing selection. Sites like Unibet and Betfair provide new players with an online betting bonus when they join and have regular promotions on Premier League games.

But where have Spurs slipped up? Harry Kane and Son Heung-min have been in tremendous form, and the deadly duo have been hitting incredible numbers this season. Between them, they have netted 24 league goals (12 each). But the remarkable stats lie with their assists. Kane has assisted 11 meaning he has been directly involved with 23 of Spurs 34 this season. Son has six to his name. So, it’s clear to see the side are heavily reliant on the two.

Skipper, Kane, is spending a few weeks on the side-line following injuries to both his ankles in the 1-3 loss at home to Liverpool. Fans feared the worse, but the England star is reportedly doing well and should feature again within a couple of weeks.

The question here is, who will step up in the meantime. Gareth Bale has failed to impress since returning to London and is said to have been complaining about game time. Mourinho is well known to be hard on his players and given Bale’s recent performances – it’s easy to see why he’s not being selected.

Steven Bergwijn is another player who also needs to find another gear. The Dutch winger has shown glimpses of his talents but has yet to put in a good, consistent performance and is not a player that Mourinho can trust to perform every game. He’s not yet living up to his £25m price tag, but at only 23 years old, there is still time for him to develop.

We should also mention Dele Alli. Alli was a regular starter under former coach Mauricio Pochettino and is one of England’s most promising stars. However, he has been left out in the cold. When Mourinho first took charge, Alli was something of his golden boy, and he was enjoying an excellent vein of form, but things seem to have fizzled out.

There’s no doubting that Alli is a talented player, but he doesn’t appear to be in Mourinho’s plans. Talk of a transfer to PSG in the transfer window never came to fruit so could the Portuguese manager turn to Alli once again? It seems unlikely, but as we’ve seen in the past, Mourinho always surprises.

It was interesting to see that Spurs didn’t bring in any reinforcements in the January window. But perhaps it was more telling that they didn’t let any players go. There are some top players in the squad and if they can find some early form, have every chance of a top-four finish.

If we look back to game week nine when Spurs clinically saw off title favorites Manchester City 2-0; Tottenham looked the real deal. So, with the same players and coach, can they rekindle some magic?