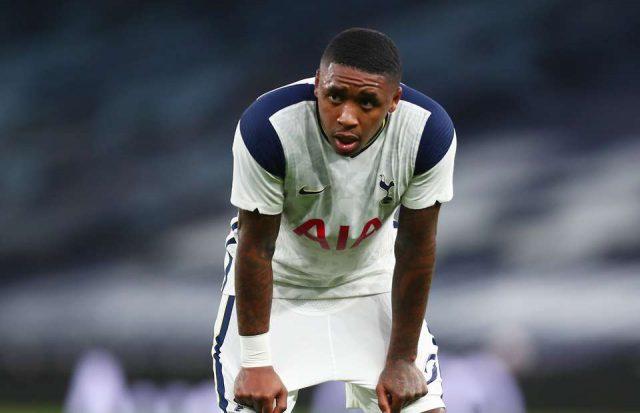 A lot of eyebrows were raised when Tottenham Hotspur paid PSV Eindhoven a reported £26.7m to bring in Steven Bergwijin in the 2020 January transfer window.

Handed possibly the toughest league debut against defending champions Manchester City, Bergwijin stepped up to the occasion and scored the opening goal in 2-0 victory and thus in the process was also named as the Man of the Match for his display.

So naturally, Mourinho named him in the five consecutive starting lineups which saw him score against Wolves and Manchester United. Steven was forced to be on the sidelines after picking an ankle injury and football too had to take a step back amidst the growing COVID-19 cases which saw Mikel Arteta and Callum Hudson-Odoi being one of the first people to contract this disease.But post lockdown Bergwijin managed to start just two of Spurs’ final eight league games of the season and even in those fixtures he was called off after 56 and 45 minutes.

New season brings new hope and the exodus of Dele Alli from the starting XI brought the Netherlands International hope that he might receive a good amount of game-time required for his development. Since the start of 2020-21 season Bergwijin has played only 154 minutes of Premier League football and it’s unlikely that a place in Spurs exile beckons for him any time soon but with addition of Gareth Bale to squad will not bode well for him.

Though injuries issues have been a small concern, Bergwijin hasn’t made good on any opportunities given to him and has generally struggled to make a palpable impact. He has not scored or assisted since July seems like a lack of confidence has taken a toll on him.

Currently he takes 0.5 shots per game and completes 0.5 take-ons per match which is less than right back Serge Aurier’s 1.5 shots and 1.5 dribbles per 90 minutes. While he has not been in the best of touches so far, Mourinho’s half-time substitution in the Europa League group stage match against Royal Antwerp shows the manager is losing a bit of trust in the 23-year-old despite playing well in those 45 minutes. Mourinho is currently not short of attacking options with Lamela, Bale, Son, Kane and Moura all contesting for a starting place in the lineup. And given Son is simply an undroppable, it’s going to be tough for Bergwijin to make the right wing his own.

If Steven Bergwijin does not swiftly turn on his game he will be following Alli into footballing no man’s land and needs to remind Jose why the club paid £26.7m to bring him to the Tottenham Hotspur Stadium.