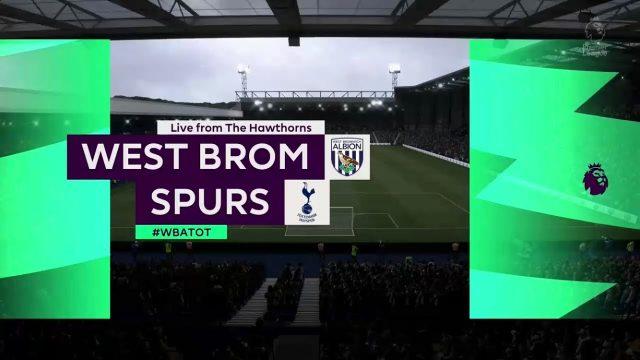 Tottenham Hotspur will be hoping to continue their winning streak in their last few games when they travel to West Bromwich Albion on Sunday.

The North London side have lost just one of their Premier League games in the 2020/21 campaign, losing on the opening day of the league to Everton.

West Brom on the other hand are yet to get a win in the league since returning to the Premier League this season. They are one of three clubs yet to register all three points in the top-flight.

West Brom are currently in the relegation zone after seven games played while Tottenham occupy the fourth position with 14 points, two behind joint league leaders Southampton and Liverpool.

The Baggies are unbeaten in their last three league games at home to Tottenham while Tottenham last win over West Brom came at home during the 2016/17 Premier League campaign.

It will be interesting to see how Jose Mourinho fares once again against Slaven Bilic, who he has beaten three times in five games as a manager.

Bilic has no new injury to worry about ahead of the game at the Hawthorns. Long-term absentees Sam Field and forward Hal Robson-Kanu will once be on the sidelines for West Brom. Dara O’Shea is also hoping to be fit for the clash.

For Tottenham, Erik Lamela is set to miss out on Sunday following his post on his Instagram page earlier this week. Sergio Reguilon and Serge Aurier are likely to be restored into the starting lineup after sitting out their Europa League tie.

All you need to know about reported Spurs target Rekeem Harper