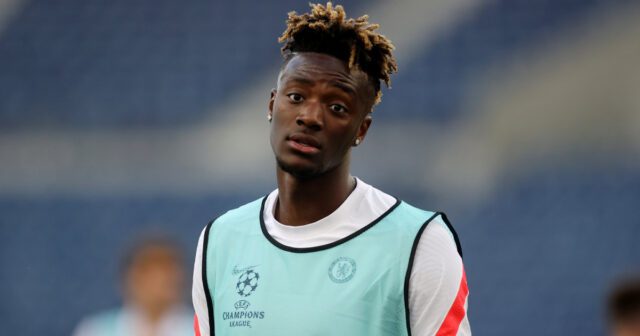 According to a report from the reliable news outlet The Telegraph, Chelsea are actively looking to sell Tammy Abraham and the Blues have offered him to Tottenham Hotspur. The report further states that even the North London rivals, Arsenal are keen on signing Tammy Abraham.

Chelsea currently value Tammy Abraham at £40 million but the Blues could significantly reduce their asking price through the right negotiations. With Spurs actually looking to sign a striker this summer, this could be a deal wherein the North London club could be interested.

Harry Kane had previously demanded to leave the club but it seems like the new additions made by the club in the form of Fabio Paratici as director of football and Nuno Espirito Santo as the new boss could actually persuade him to stay. It is to be seen at the end of this summer transfer window whether Harry Kane stays or not but regardless of that, the club needs a Premier League ready striker.

Spurs have struggled in the past at the times when Harry Kane got injured and there was no proper backup striker to lead their attack. Though Carlos Vinicius joined Spurs for a year-long loan last season but he was barely impressive with his performances and Tottenham Hotspur decided against making the move permanent.

A few weeks ago Spurs were linked with Danny Ings who rejected a bumper new deal with Southampton but lately, there hasn’t been any significant progress over the transfer. This brought Tottenham towards looking at other options. With Tammy being offered to Spurs, the North London club could be interested to make a move.

Tammy Abraham has fallen down the pecking order after Chelsea signed Kai Havertz and Timo Werner. He himself isn’t happy with the lack of game time at Stamford Bridge. Tammy made 22 appearances and scored 6 goals for Chelsea last season in the Premier League. He has a large amount of Premier League experience and he could fit well in the Spurs squad.