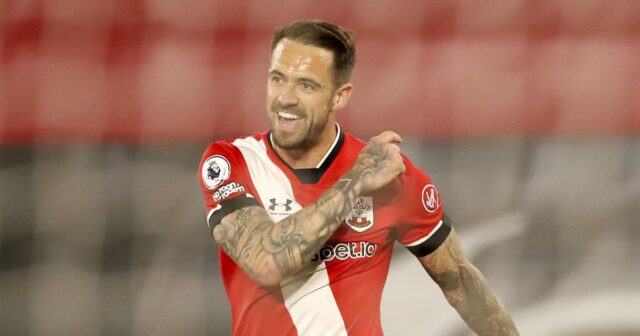 Spurs are reportedly interested in the Southampton striker Danny Ings who has recently rejected the proposal of staying at his current club.

According to The Athletic, Danny Ings rejected a 4-year deal offered by the Saints recently. The player currently earns £75,000 per week and if he had accepted the new contract tabled by Southampton he would have become the highest earner in the club’s history.

Since his permanent move to Southampton from Liverpool in 2019, the England International has scored 34 times in 67 Premier League games. Danny was often injured in his time at Liverpool but has greatly improved his fitness record at Southampton.

The 28-year-old has been a regular starter for the Saints and has played some beautiful football for the past few seasons even though Southampton as a team have been riddled with an awful form for quite some time.

He appeared 29 times last season and scored 12 goals in the Premier League. He had a brilliant 2019/20 season, scoring 22 times thus finishing just 1 less behind the season’s top scorer Jamie Vardy. Danny is now looking for a new project in a better team and hence has already rejected the idea of extending his stay at St.Mary’s.

The lethal forward is reportedly looking for a new club with Manchester City, Tottenham Hotspur, and Manchester United looking the most interested in signing him.

It would be quite a brilliant transfer window for Spurs if they manage to keep Harry Kane and sign Danny Ings at the same time. In case if Harry Kane is injured, the team could already rely on a prominent goalscorer in the form of Danny Ings. The picture regarding the deal will be more clear in the coming days.