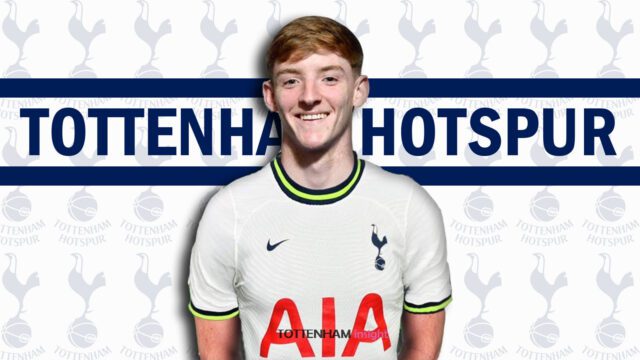 Anthony Gordon is a young British promise who plays on the left-wing for Everton and the U21 team of England. As per the latest sources, Spurs seems to be heavily interested in the British promise and wants to add him to their squad.

The youngster made 40 appearances for the Everton side just after completing his loan spell from Preston, scoring 4 goals and providing 3 assists to save the side from relegation.

Tottenham Hotspur have a knack to fill their squad with local talent and Gordon seems to be a right fit with Delle Alli leaving the club in the winter market.

The two clubs have continuously been linked with various names, such as Harry Winks, Richarlison and now Anthony Gordon. With Everton looking forward to signing Harry Winks and Spurs now looking to sign Gordon, things are now beginning to move swiftly between the British sides

Tottenham Hotspur leaves for South Korea on July 9th and if the reports are true, Spurs look forward to completing all their signings before the pre-season tour.

Fans are rejoiced with these rumours as Anthony Gordon have formed a fan base that sees him as one of the top youngsters and a future superstar in him.