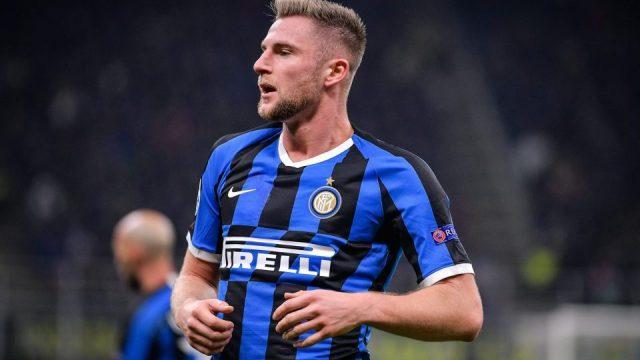 Tottenham are now targeting Inter Milan centre-back Milan Skriniar, in a bid to improve their defence for the upcoming Premier League season.

Skriniar has also fallen down the pecking order at Inter Milan, and was kept on the bench in their latest Europa League fixture against Bayer Leverkusen.

It is understood that Antonio Conte does not consider Skriniar to be an important part of his future squad, and will allow him to leave the club in this transfer window. Conte is looking to refresh his midfield and considers Ndombele as an ‘ideal profile’ for a midfielder.

The Nerazzurri are now exploring the possibility of a swap deal between Ndombele from Spurs and Skriniar.

With Arsenal winning the FA Cup, Mourinho’s men will have to battle through the Europa League qualification rounds and are in desperate need of reinforcements. Reports state that Jose Mourinho is a huge fan of Skriniar, and wanted to previously sign him in 2018 at Manchester United.

Tottenham will be keen to replace Jan Vertonghen with a strong experienced defender, and could have a very good deal on their hands if Inter decide to part with their player. The 33-year-old Vertonghen left the club after the end of their campaign this season after over eight years at the club, leaving a massive void in the defence for Mourinho to fill.

Furthermore, the arrival of Pierre-Emile Højbjerg will be seen as a direct rival for Ndombele, and Inter Milan are keen to pounce on the Frenchman.

Ndombele, suffered an injury-marred first season at Tottenham after his move from Lyon, and has failed to impress the manager. The 23-year-old was brought in at a whopping £56m transfer, and Mourinho has openly blasted the midfielder and criticised his performances.

Despite assurances that the midfielder was not looking to move away from the club after just one season, Tottenham will be tempted at the prospect of a swap deal involving Skriniar. Even if a swap deal does not go through, Milan are expected to demand a minimum of €50m for their defender.

Inter Milan are set to face Shakhtar Donetsk in the Europa League semi-finals next week and all talks regarding the swap deal have been currently put on hold until their season concludes.