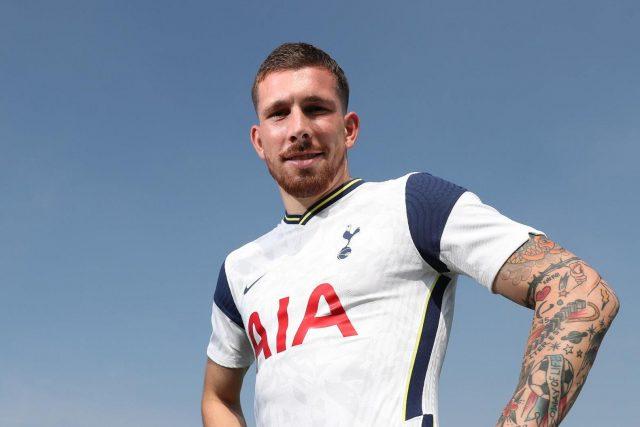 Spurs have confirmed the signing of midfielder Pierre-Emile Hojbjerg from Southampton ahead of the 2020/21 campaign.

The Denmark international has penned a five-year contract and becomes Tottenham’s first major incoming transfer of the summer, with the deal thought to be worth £15 million plus bonuses.

The north London club also announced that right-back Kyle Walker-Peters has also moved in the opposite direction in a separate deal having spent the second half of the 2019/20 campaign on loan with the Saints.

The south coast side are reported to have paid £12 million for the permanent signature of the English right-back.

✍️ We are delighted to announce the signing of Pierre-Emile Højbjerg from Southampton!#HøjbjergIsHere ⚪️ #COYS

“I wanted to play in a club where I could see myself for many years,” Hojbjerg told Tottenham’s official website. “Tottenham was just the one. I’m very proud, very happy and excited. I think there’s a fantastic future ahead for the club and I wanted so much to be a part of that.”

He will also be given the jersey number 5 for the upcoming season, after the jersey became vacant following the departure of Jan Vertonghen.

We have reached agreement with @SouthamptonFC for the permanent transfer of Kyle Walker-Peters.

We wish you all the best for the future, @KWPeters! 👊#THFC ⚪️ #COYS

Walker-Peters on the other hand came through the youth ranks at the Tottenham Hotspur Stadium, where he managed 24 first team appearances for the north London outfit.

“I feel like I’ve already developed in the time I’ve been here, and that’s a big part of wanting to stay too,” Walker-Peters told the Saints’ official website. “Obviously, it’s a club with a great reputation for improving young players and, personally, I’ve found it really valuable working under the manager, with his ideas on the game and what he expects from you as an individual.”

While on loan at the St Mary’s Stadium, the defender made 10 appearances in the second half of the just ended season.