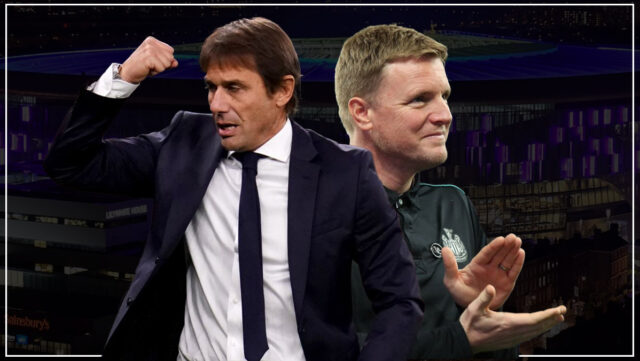 Tottenham Hotspur host Newcastle United at the Tottenham Hotspur Stadium on matchday 31 with the home team looking to make it 3 wins in a row. Spurs manager Antonio Conte had a rocky start to his managerial career at North London but now the team looks to have adjusted under the Italian’s robust 5 at the back system. Newcastle, on the other hand, had a terrible start to the season but have gained momentum in the last 3 months which has seen them move out of the relegation zone all the way up to 15th place 9 points clear of the relegation zone. The January transfer was pivotal in this change in form with the Magpies winning 5 out of their 8 games played in the last 2 months. The game against Spurs will be a tricky one and their record against the big six teams this season hasn’t been very good.

Spurs will be without 3 players when they welcome Newcastle with Ryan Sessegnon, Japhet Tanganga and Oliver Skipp all injured and not available for the match. Ben Davies will be a doubt for the game with a quadriceps injury. For Newcastle United, Jonjo Shelvey is a major doubt for the match with the English midfielder being ill. Keiran Trippier and Joseph Willock are out with long term injuries for both the players

The Englishman is no doubt the biggest threat to the Newcastle United defence with the striker bagging 12 goals and assisting 5 this season. He is averaging 3.4 shots per 90, 1.3 key passes per 90 and a goal or assist every 142 minutes. His ability to drop deep and support the build-up play has something which has occurred very often under Antonio Conte who has converted him to a false 9. His partnership with Heung Min Son has been devastating for opponents with both the players linking up well.

The Swedish who joined from Juventus on an initial 1 year loan has settled into life very well in North London and the winger has already built up a good partnership with his fellow forwards Son and Kane. The 21-year-old is already becoming a fan favourite with 2 goals and 4 assists in 7 start this season in the Premier League. He is averaging 2.1 shots per game, 1.7 key passes per game and 1.3 dribbles per game which are quite impressive for a player who has just moved to the Premier League. Antonio Conte is moulding a potential superstar and certainly someone who gives his all for the team.

The 25-year-old is having an impressive under Eddie Howe with the winger scoring 5 goals and assisting thrice. He is the club’s 2nd highest goalscorer behind Callum Wilson. The French international has averaged 1.9 shots per game, 4.3 dribbles per game and 1.5 key passes per game. His pace and technique will be very hard to contain for the Spurs defenders who have looked shaky this season.

This is how we line-up this afternoon! 👇 pic.twitter.com/gSO5Yf7EQE