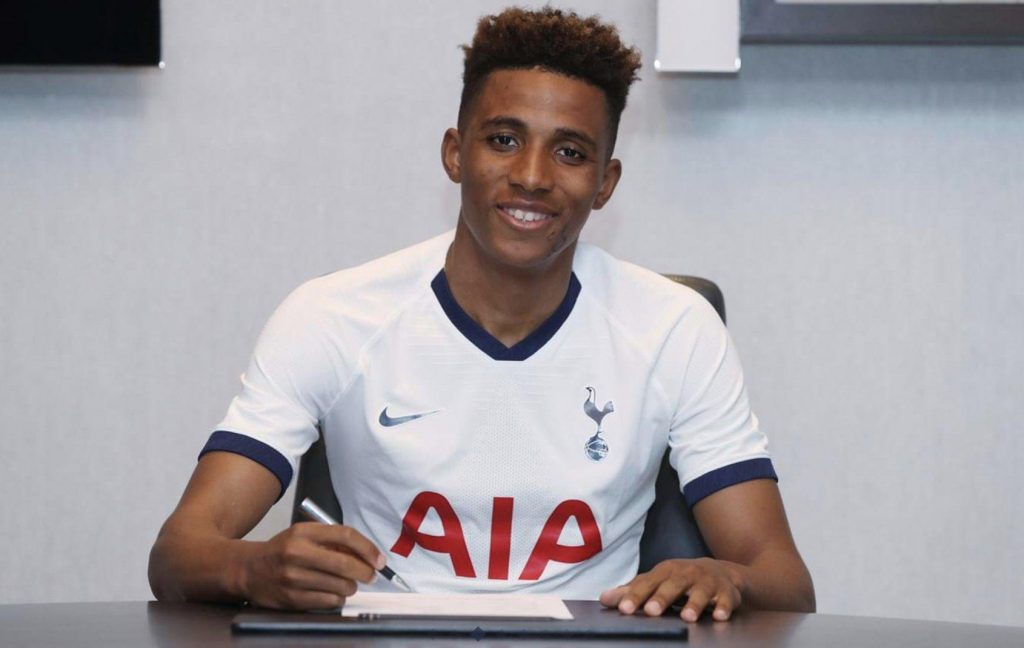 Tottenham Hotspur have completed the signing of Benfica midfielder Gedson Fernandes after he underwent a medical at Tottenham’s training ground on Monday before finalising an 18-month loan switch.

Gedson Fernandes becomes Jose Mourinho’s first signing at Tottenham. It is believed the initial loan will cost Spurs around £4million with an option to buy the 21-year-old midfielder for £42.76m (€50m).

Capped twice by Portugal, Fernandes will wear the No 30 shirt for Spurs.

Gedson Fernandes on what it means to join Spurs.

We are delighted to announce that we have reached agreement for the 18-month loan of Gedson Fernandes from Benfica with an option to make the transfer permanent.

The midfielder will wear the number 30 shirt for the remainder of this season.

A product of the Benfica academy, Gedson made his first team debut last season and was named the Primeira Liga’s Best Young Player of the Month for August. He went on to finish the season as a league champion, making 22 appearances as The Eagles secured their 37th Primeira Liga title. In total, he has made 53 appearances in all competitions for Benfica, scoring three times.

On the international stage, he has made more than 50 appearances for Portugal, representing his country at every age group from Under-15 upwards, including winning two caps for the senior team to date. He was also a member of the Portugal side that won the UEFA European Under-17 Championship in 2016.