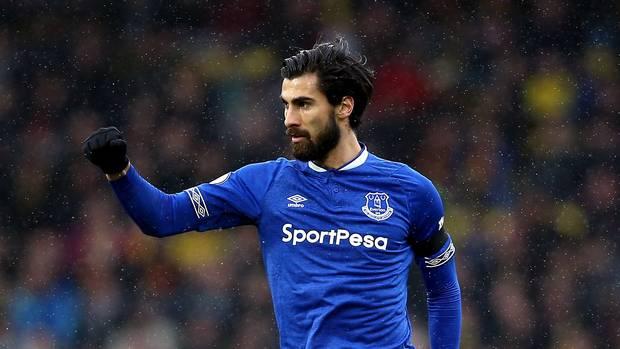 Gomes spent last season at Merseyside club Everton and had his form resurrected after 2 disappointing campaigns at the Camp Nou.

While Everton had the player on loan they did not have the option to buy the player at the end of his loan deal and as a result, Spurs got the benefit and notched the player away from their league rival.

Barcelona were keen to sell the player as the club is planning a major overhaul as they look to get over the 4-0 hammering defeat and exit from the Champions League at the hands of Liverpool.

Spanish outlet ​Sport report that “The 25-year-old’s representatives have an agreement in place with ​Tottenham that the north London outfit.”

The player is keen to play for the Champions League finalists and hopes to resurrect his career and display the form that he showed at Valencia back in 2014-15.

Gomes is not the only player Spurs were interested in reports to reveal that Barcelona Winger is also wanted by the club and Barcelona are willing to let the Brazilian leave after the latter failed to break in the first team this season.

Malcom has been wanted by a no of clubs including Tottenham’s rivals Arsenal. The young Brazilian despite rarely featuring for the Spanish giants scored 2 crucial goals against Real Madrid and Inter Milan.

MUST READ: Andre Gomes will thrive under Mauricio Pochettino