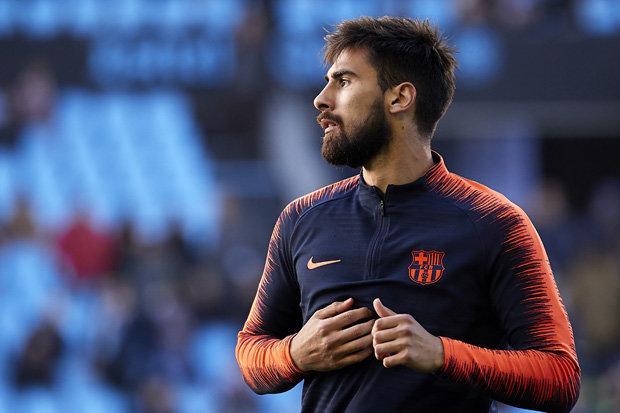 Andre Gomes is seeking a move away from FC Barcelona, reported a Catalan newspaper Mundo Deportivo. And is said that the Portuguese player is preferring to join Tottenham Hotspur or at least a Premier League side.

The 24-year-old has not enjoyed his time at Barcelona after his move from Valencia as he struggled to get enough play-time under Luis Enrique and now Ernesto Valverde. Gomes wants regular playing-time and thinks that Tottenham can serve his purpose.

It is believed that he has asked his agent Jorge Mendes to force a move to Tottenham where he can revive his career under Mauricio Pochettino.

The Portuguese star was signed by Barcelona in 2016, in a deal worth around €55 million. The hopes were high at Camp Nou but he couldn’t withstand them and hence was often criticized for his poor form.

Gomes was not included in the squad for the pre-season tour. Which means that he could be looking to make a move away from the Catalans. And now he sees Tottenham as the best option who are also understood to be searching for a midfielder.