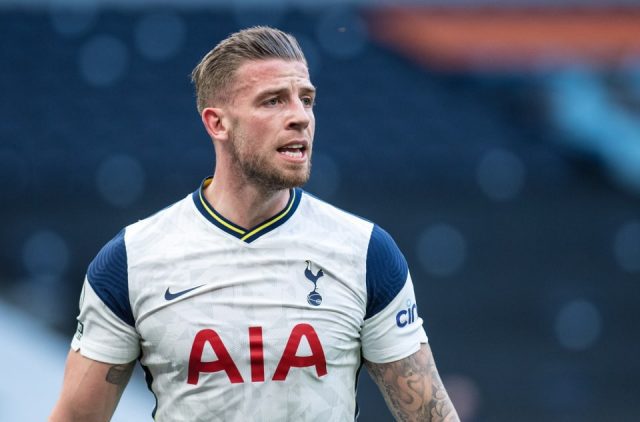 There were multiple rumours of a rift between Jose Mourinho and Toby Alderweireld with the latter missing from the traveling squad for the majority of the time since the turn of the year.

Multiple stories published linking the Belgian away from Spurs in the upcoming summer, despite the club fending off many suitors when Alderweireld penned his future with the club last year, until June 2023.

But with Mourinho now gone, we may see him well beyond the upcoming summer;

Club Brugge were keen to bring Toby Alderweireld back to his homeland, with (if Voetbal 24 are to be believed) – were ‘deceived’ into thinking they can pull it off.

Voetbal went on to explain that Blauw-Zwart’s try to aim higher with every transfer window having signed the likes of Simon Mignolet and Noa Lang in the past. And with Alderweireld’s lack of minutes assorted with his comments about not wanting to play abroad for much longer were ‘music to the ears’ Bart Verhaeghe, Club Brugge president as they ‘thought they had a chance’ of bringing the 32-year-old home.

However, all the hopes were rattled as when Alderweireld’s intermediaries were approached – he let it be known that he is ‘currently not open’ to a move back to Belgium.

Especially after news of Mourinho’s sacking as Alderweireld wants to ‘take his chances’ at N17. With Jose gone, the Belgian is ‘convinced’ about his abilities to feature regularly for Spurs and when his body signifies that he can ‘no longer keep up’ with elite English football – will he take a step backward probably back home, perhaps with Club Brugge. You never know!