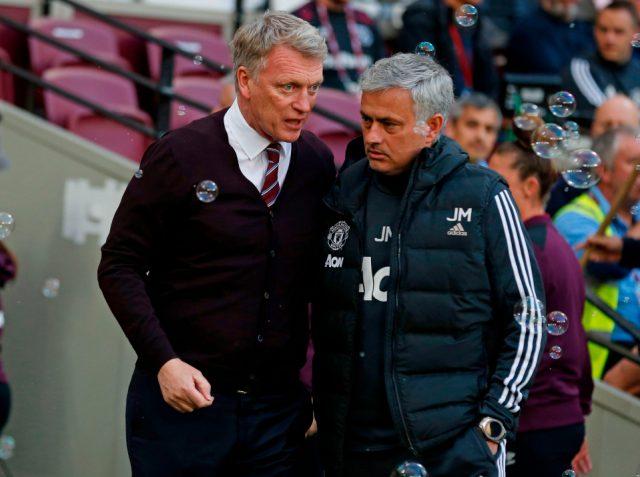 Tottenham host West Ham on Tuesday in their second game since the restart of Premier League 2019-20 season.

Spurs have struggled since their Champions League final loss against Liverpool last season. The current season saw the sacking of Pochettino and a series of poor performances since Jose Mourinho’s appointment. Jose’s men have failed to register a win in their last seven games in all competitions. Tottenham are eighth in the league table and are far out of the Champions League slot, finding themselves in a battle to secure any form of European play.

West Ham, on the other side, have registered just one win from their last ten Premier League games and are in deep trouble with relegation looming. In this tactical analysis, we’ll preview the matchup between London’s two top clubs. 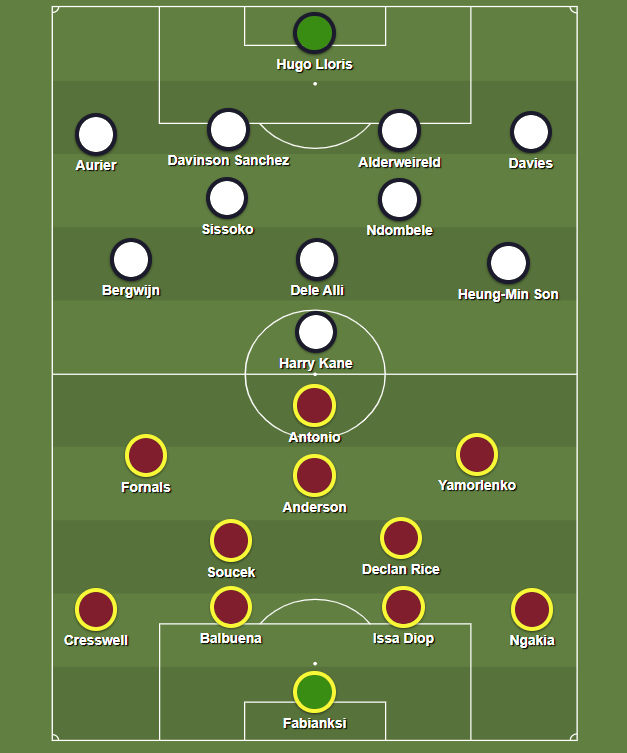 Does Ndombele start? That’s a big question. But given that Sissoko is back from injury and this will be a home game, we’d imagine Jose to pair Ndombele alongside his countrymen with the former covering his shortcomings, if any. Winks may come on as a substitute if Jose isn’t happy with Ndombele. Lo Celso and Dier are outsiders and may get some minutes. Japh Tanganga and Juan Foyth are sidelined due to injuries.

Injuries are mounting up Moyes’ side as Sebastien Haller is ruled out for the rest of the month. Ogbonna, Masuaka, Snodgrass join him on the sidelines. Antonio leads the attack for the Hammers with Anderson taking up the number 10 role. Forlans and Yamorlenko take the wings.

What ails Tottenham this season? 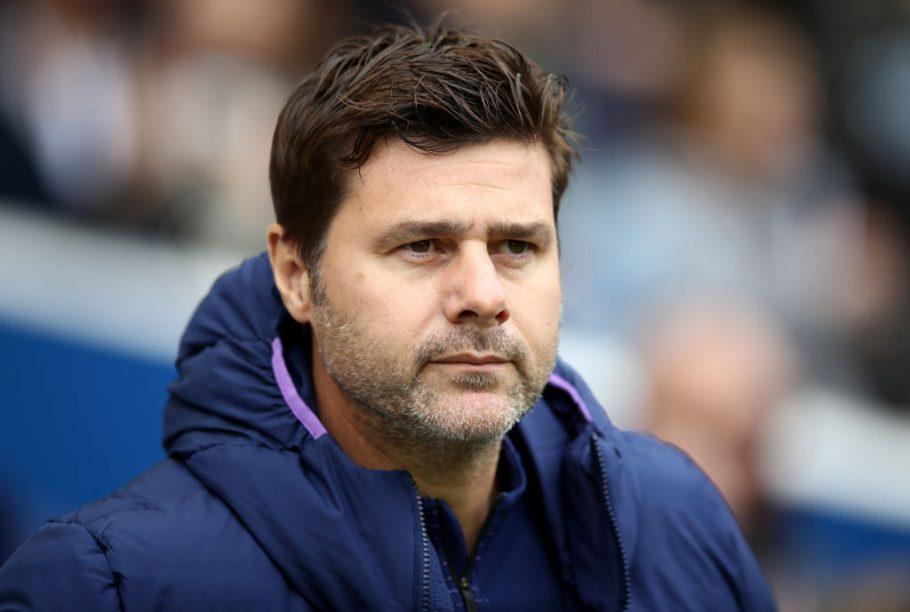 First, Pochettino lost the dressing room six months after guiding them to their first Champions League final. Additionally, working with Daniel Levy is another big problem for a Tottenham manager. A change in the managerial position and the introduction of a new formation & tactics have changed the dynamics of the squad significantly.

Secondly, Tottenham players have been underperforming this season. Harry Kane isn’t the same he was during the 2017-18 season. Youngsters failed to impress and the club had to loan their whole U23s to lower leagues. Many top players like Danny Rose, Harry Winks, Vertonghen regressed significantly. New signings like Lo Celso and Ndombele haven’t been impressive too. Thirdly, Kane and Sissoko’s injuries hit the squad badly. Both have been an important member of the squad this season and their loss was felt heavily.

Fourthly, Tottenham are the club who have used the fewest number of players in the Premier League since 2015. According to CIES Football Observatory, the club has used 51 players, the fewest, in the Premier League since January 2015. Clubs like Liverpool, Manchester City have used many more players than Tottenham and this proves that squad depth is necessary to win/challenge titles.

Time for Ndombele to shine? 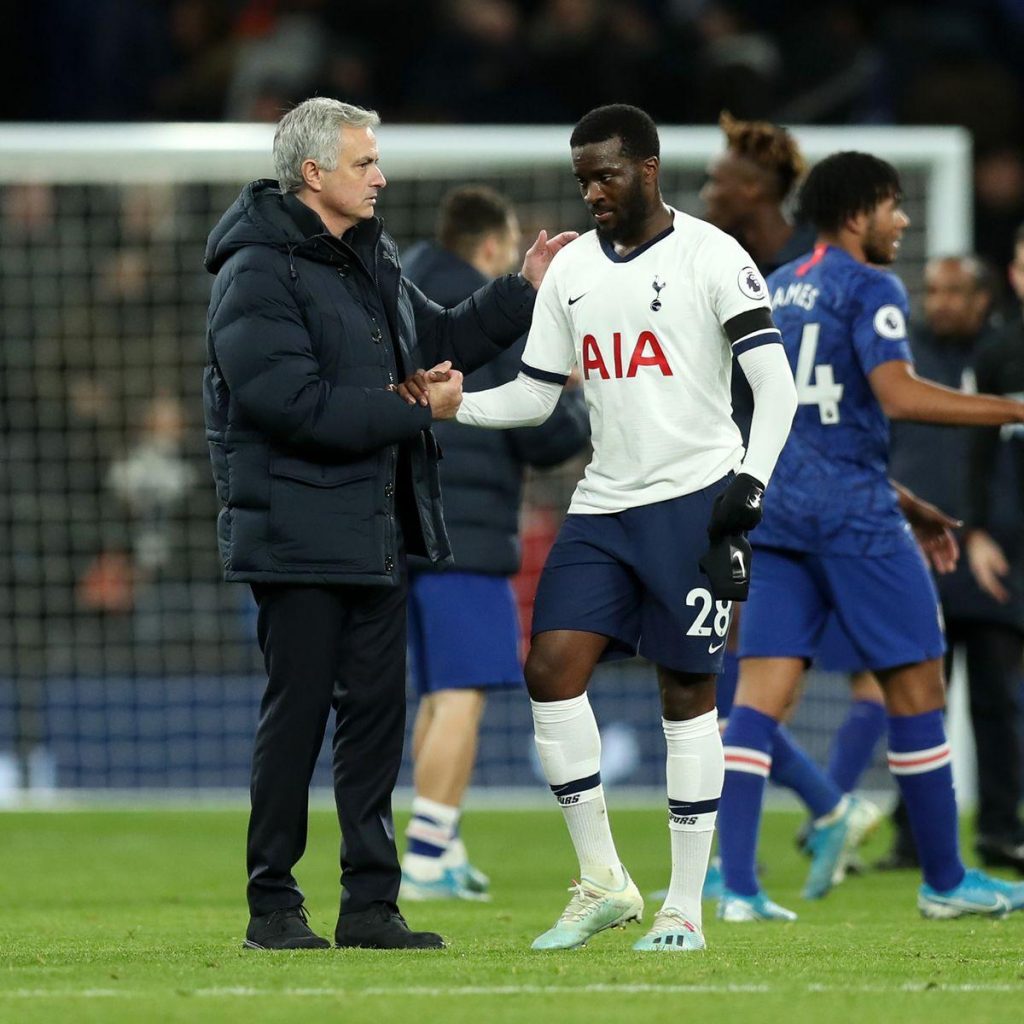 Despite not earning the starting spot after almost one year since joining, Tanguy Ndombele is one of the best carriers of the ball at Tottenham. He has 38 dribbles as compared to Sissoko’s 31 and Winks’ 13, despite starting fewer games than them. He has an eye for incisive forward passes and is a top player on the ball. Alongside Lo Celso, Ndombele is the most reliable midfielder at Tottenham who can move the ball forward resulting in dangerous attacking plays.

When playing deep with defensive duties, he often gets confused and is nowhere to be found in the game. He definitely needs to improve his game in Tottenham’s defensive third as he is slow to react to other players’ movements. With no DM at his disposal, Jose is not able to give results.

As Sissoko is back from injury and started against Manchester United last week, Jose could start Ndombele against West Ham. It will be a home game and with Sissoko taking the defensive duties, Ndombele would be free to move in the midfield and create dangerous plays. This formation would allow Ndombele to cover the ground and control the middle of the pitch against the likes of Anderson, Yamorlenko and Forlans. 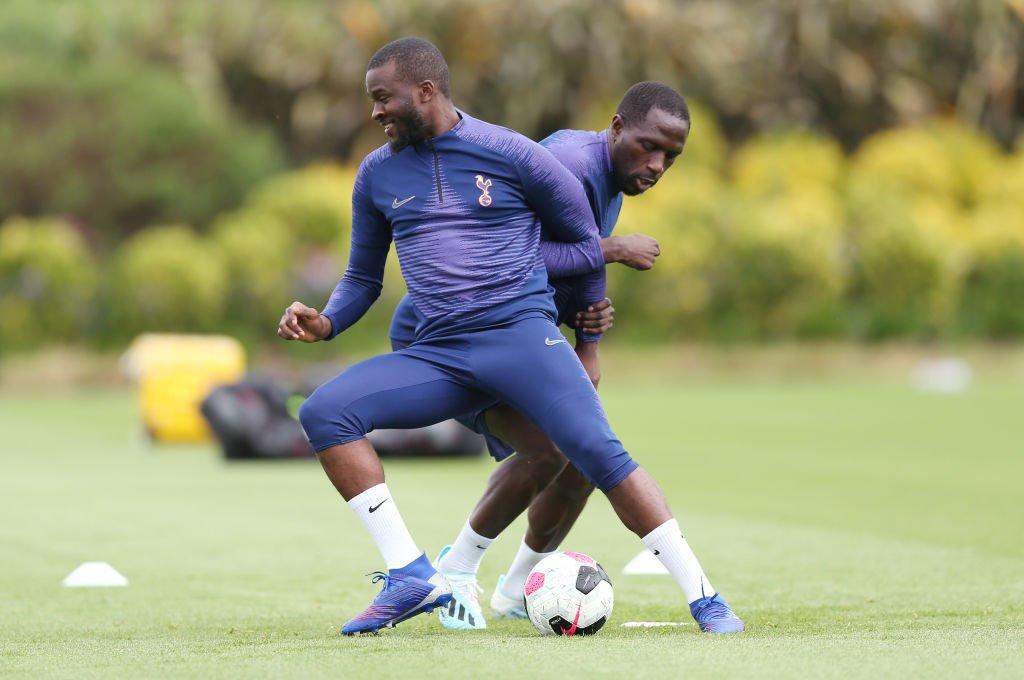 Despite Tottenham in a far better situation than West Ham, this should be a tightly contested fixture. Both teams struggled prior to the suspension of the league and this game could turn out to be ‘make or break’ for both sides. Tottenham will need the win to stay in the race for the European spots and West Ham desperately need a positive result to stay clear of the relegation zone. Tottenham should create more good-quality chances at home but we suspect the scoreline after 90 mins will remain close. We predict a 1-0 victory for Jose Mourinho’s men.