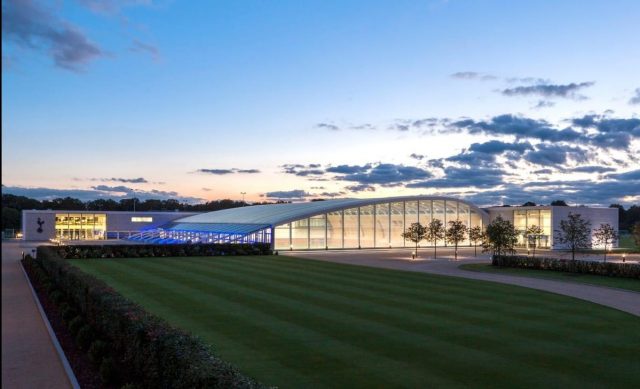 After West Ham, Arsenal and Brighton, Tottenham Hotspur were the fourth top-flight team to return to limited training.

An official statement released by Tottenham on their website stated, “The Club shall be making a limited number of pitches available at our Training Centre for members of our first team squad to use for individual running sessions on a strict rotational basis.”

“No more than one player per pitch will be permitted at any one time to undertake on-pitch exercise, with only a restricted number of the squad coming to the Training Centre each day.

“Each player will travel independently and arrive at the facilities already dressed in training wear before returning home immediately after they have concluded their session.

“All activity will be conducted in line with government guidelines with social distancing maintained at all times and there will be no access permitted to any building on site.”

Harry Kane was among the Tottenham players to return to training yesterday pic.twitter.com/UW3kMnxX7l

Just weeks ago, Mourinho breached the government guidelines by setting up a session for midfielder Tanguy Ndombele in a public park. Spurs defenders Ryan Sessegnon and Davison Sanchez were also filmed running in the same public park.

After pictures and videos emerged on social media of the incident, the players alongside Mourinho were widely critized with London Mayor Sadiq Khan reprimanding them for the poor example they were setting.

Mourinho accepted that his actions were not in line with government protocol and added that “It is vital we all play our part and follow government advice in order to support our heroes in the NHS and save lives.”

However, this time Tottenham has assured that the players will be sticking to the social-distancing rules and guidelines at Hotspur Way in Enfield.

With the Dutch football league being voided last week, Ligue 1 and Ligue 2 in France were cancelled on Tuesday after Prime Minister Edward Philippe announcing that no football will be allowed before September.

With two European Leagues already voiding their seasons, the Premier League will soon have to take a stand on whether the clubs will play out the remainder of the season or whether the season will be voided.