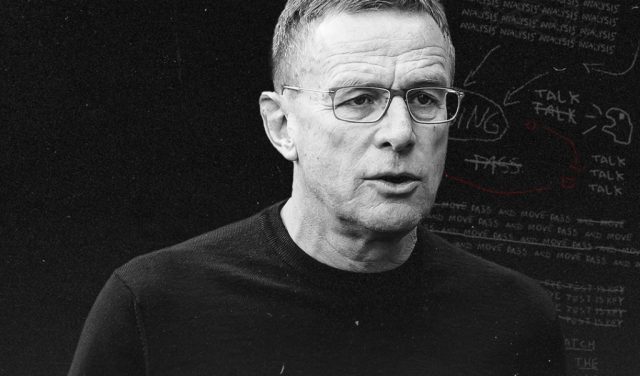 Daniel Levy and Spurs’ are reportedly considering bringing in Godfather of gegenpressing in Ralf Rangnick to take over the helm.

Julian Nagelsmann was seen as a potential target but his future is now secured with Bayern Munich, as he will leave RB Leipzig to take over the German champions next season.

Yesterday, Leicester City manager Brendan Rodgers ruled himself out of Spurs job insisting he is committed to the project he has undertaken at King Power.

Telegraph report that former RB Leipzig and Hoffenheim manager Ralf Rangnick has been considered to take up the managerial role at Tottenham Hotspur Stadium. This won’t be the first time the German is linked with a managerial role at Spurs, as he was looked upon back in 2012 before hiring Andre Villas-Boas.

WHO IS RALF RANGNICK?

He is one of those names who has influenced the modern managers with the idea of gegenpressing as the likes of Jurgen Klopp, Nagelsmann, and Ralph Hasenhuttl are said to have taken inspiration from his way of playing. These aforementioned managers are renowned around the globe for winning the ball high up the pitch & their gegenpressing style of play.

Ralf, in his managerial career, has been in charge of numerous German clubs including Schalke, Leipzig, Hoffenheim, and Stuttgart.

His greatest success came in Gelsenkirchen, winning DFB Pokal with Schalke followed by kissing the German Super Cup in the following year. And following his Schalke stint, he progressed into a Sporting Director role with RB Salzburg, helping the Austrian side win two league titles in three years.

He returned to management as he was appointed as manager for Salzburg sister side RB Leipzig in July 2015. He left Leipzig at the end of the campaign only to return for another stint in 2018.

Ralf Rangnick is considered as one of the great football thinkers of the modern era and it’d be interesting to see how he’d cope up in England.

Although, he is not shy of stories linking him to premiership; Chelsea were said to be considering hiring Ralph following the sacking of Frank Lampard in January, before settling for Thomas Tuchel.

Despite not holding a managerial role since 2019, he is still highly respected and as it appears – is a genuine option for Spurs’ & Levy.