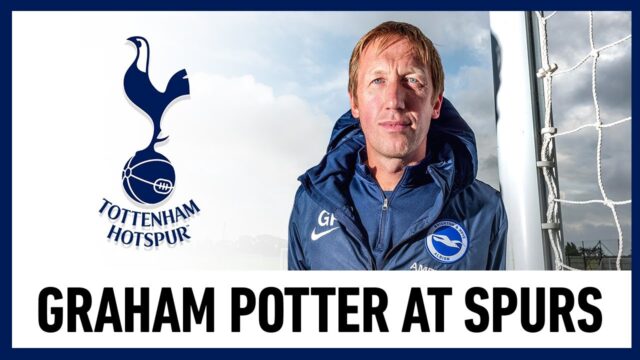 The vacancy at the helm has been the center of everything going on at Hotspur Way as of now, and everyone has something to add about the potential man incharge. Sky pundit Alan McInally spoke about one such man in Graham Potter, who according to him could be on his way out of Brighton amidst notion linking him with a move to N17.

Spurs reportedly have narrowed the chase down to a handful with an appointment expected sooner rather than later.

Alasdair Gold of football.london has named Graham Potter one of a couple of candidates who tick all the boxes and insisted that he would be a popular selection in the current squad. Brighton & Hove Albion have received an abundance of plaudits for their style of play despite their lower table finish in the last couple of seasons.

There also are claims that Steve Hitchen, Spurs’ Technical Performance Director, is also in favour of a move for the Englishman.

Alan also stated that there is a feeling on the Southern coast that he could be on his way out.

“The manager is a huge problem. I have spoken to a few people within football. They generally think he will be involved in one of the bigger jobs for sure because he has done that well at Brighton.”

While finishing on about the bottom of the table, Potter is genuinely an exciting coach with an exciting way of playing – something much needed at Hotspur Way after José Mourinho scrambling way.

Although Mauricio Pochettino is close to heart, Potter is a strong alternative.